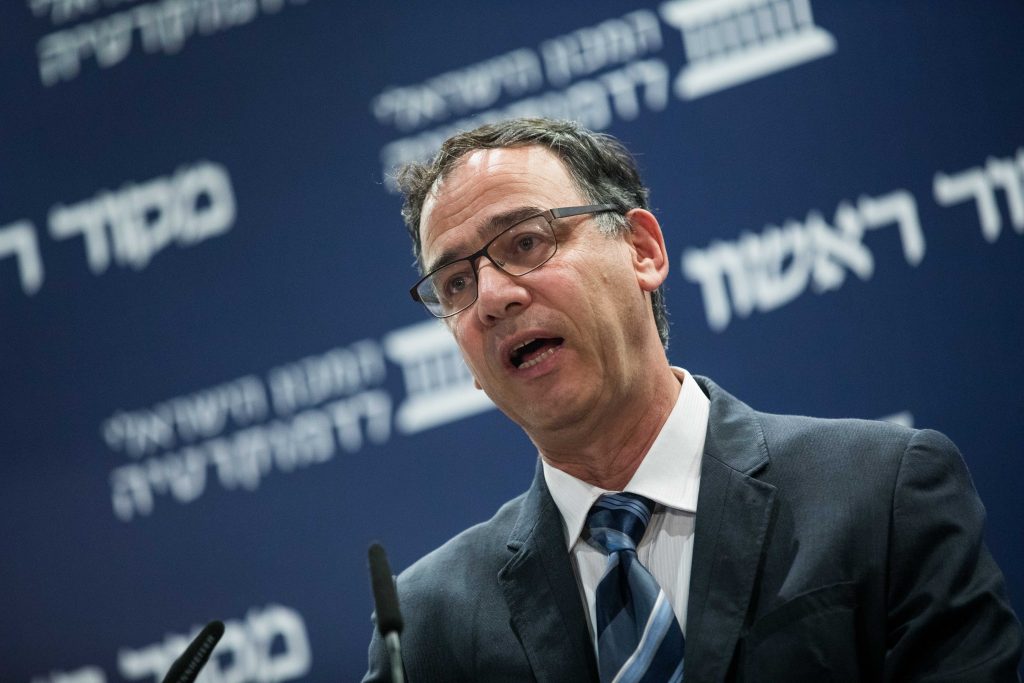 State Attorney Shay Nitzan has retaliated against statements from Israeli Prime Minister Binyamin Netanyahu and coalition leaders assailing the credibility of state witnesses in relation to the ongoing corruption probes.

“We’ll never recruit state’s witnesses and tell them to lie. Claiming otherwise is absurd,” Nitzan was quoted by Ynet as telling an Israel Democracy Institute conference on Sunday evening.

Netanyahu derided the “industry of state witnesses” (three so far in the Netanyahu probes) and claimed in a special video made during his U.S. visit:

“They take people who claim that they carried out some offense, place them under arrest, terrify them and say to them, ‘Your life is over. Your family’s lives are over. We’re taking practically everything from you, including your freedom. Do you want to be free of this? There is one way out—slander Netanyahu. It doesn’t matter if you tell hallucinatory lies. The main thing is that you slander Netanyahu.'”

Nitzan defended the practice of making deals with suspects in order to secure their testimony against others:

“It is a tool accepted in other countries as well, which assists in combating crime. Similar agreements were signed in the past few years in corruption cases and they have proven themselves.

“State’s witnesses are not righteous men and deserve no glory, but the question at the center of public trust should not be whether they’re worthy of said glory. State’s witnesses provide an immense public good in purging government corruption that takes place away from the public’s eye,” he said.

“In order to breach the secret tapestry of give-and-take agreements, you need a narrow crack. Sometimes only state’s witnesses can provide that crack.

Nitzan also commented on the possible impact on the corruption cases of a Netanyahu victory in early elections, saying it should have none.

“The question of whether the public is convinced that a certain person is innocent of any crime or accusation certainly has importance in the public sphere,” Nitzan said. “But “the decision to try someone and rule on their case is not decided by the opinion of the majority or a public referendum.”