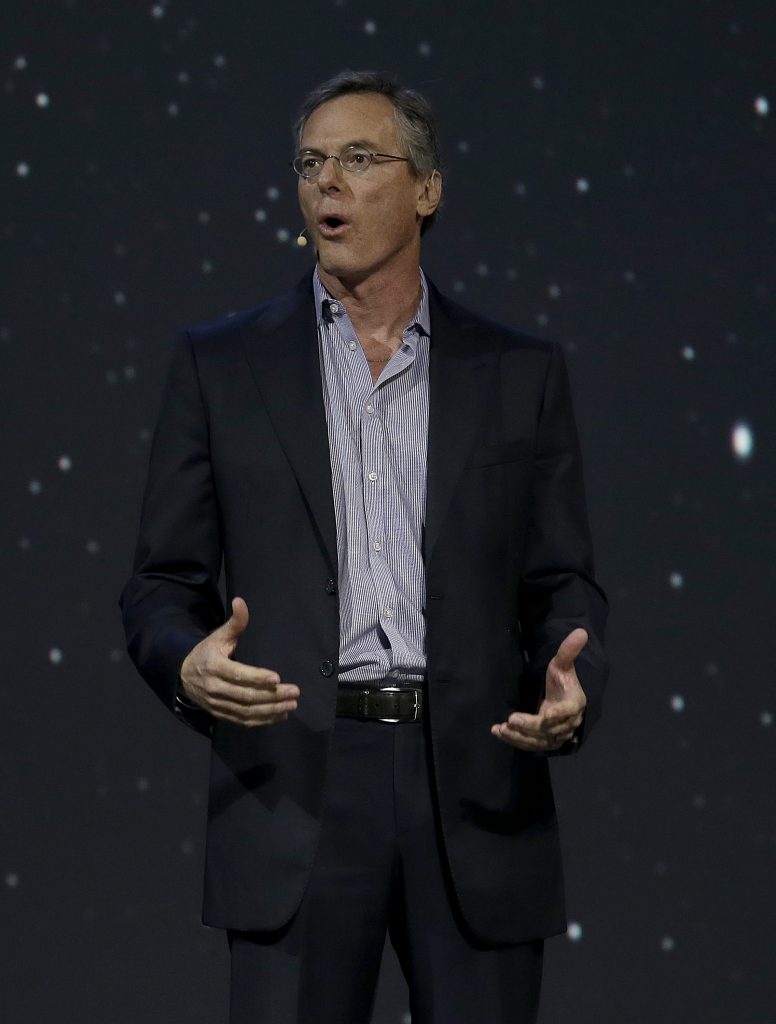 Qualcomm long-time executive Paul Jacobs is taking a reduced role on the company’s board of directors – a move likely aimed at appeasing angry shareholders as the San Diego cellular giant tries to fend off a hostile takeover from Broadcom.

Jacobs, son of Qualcomm co-founder Irwin Jacobs and the company’s chief executive from 2005-2014, will no longer serve as executive chairman of the company or chairman of its board of directors.

Jacobs will remain a member of the board.

Jeffrey Henderson, who joined Qualcomm’s board in 2016 following activist shareholder Jana Partners’ efforts to change Qualcomm’s corporate governance and structure, will become chairman. The executive chairman post will be eliminated.

Broadcom is trying to gain control of Qualcomm’s board as part of a $117 billion hostile takeover bid. It has made Qualcomm’s stock performance over the past four years the centerpiece of its campaign that it would do a better job of managing the company.

The argument appears to be resonating with Qualcomm shareholders.

Bloomberg has reported that Jacobs and Chief Executive Steve Mollenkopf were among the lowest vote-getters in early stock holder balloting for the company’s board.

The six Broadcom-nominated candidates were leading the vote count for Qualcomm’s 11 member board. About half of shareholders have cast ballots.

Shareholders can still change their ballots right up until Qualcomm’s annual shareholder meeting, currently scheduled for April 5. Many of Qualcomm’s largest shareholders haven’t voted yet, according to Bloomberg.

Qualcomm shareholders were expected to wrap up voting on March 6. But the multi-agency Committee for Foreign Investment in the U.S. ordered a 30-day delay so it could investigate the proposed takeover of Qualcomm.

Broadcom is currently based in Singapore but is moving its headquarters to the U.S., which is expected to be completed in May.

Still, CFIUS and members of Congress have raised concerns about the takeover of Qualcomm threatening national security and U.S. competitiveness in 5G and other advanced technologies.

Broadcom sent a letter to Congress on Friday pledging to continue investments in 5G and other advanced wireless technologies if it acquires Qualcomm to maintain American technology leadership.

“Broadcom is committed to making the United States the global leader in 5G,” wrote Chief Executive Hock Tan. “Any notion that a combined Broadcom-Qualcomm would slash funding or cede leadership in 5G is completely unfounded. We have a proven track record of investing in and growing core franchises in the companies we acquire.”

Jacobs has been chairman of Qualcomm’s board since 2009. During his tenure as chief executive, Jacobs navigated legal challenges to Qualcomm’s licensing business by Nokia and spent heavily on 4G technology research during the 2008 economic downtown, which resulted in the company having a substantial lead on competitors in 4G LTE networks from 2010-2014.

Jacobs also placed expensive bets on technologies that didn’t pay off – such as low-power display screens for smartphones and tablets. Still, he was viewed as a technology visionary as Qualcomm’s CEO.

Henderson was chief financial officer of Cardinal Health Inc. from 2005 to 2014. Prior to that, he held management positions at Eli Lilly and General Motors. He is currently an advisory director to Berkshire Partners, a private equity firm.

“We are unanimous in our view that Jeff is the ideal choice for this role based on his deep financial, operational, and international experience as well as his strong stockholder orientation,” said Qualcomm’s lead independent board member Tom Horton, former head of American Airlines. “We are focused on maximizing stockholder value and will consider all options to achieve that objective, as we seek to move Qualcomm forward by closing the acquisition of NXP, strengthening our licensing business and capitalizing on the enormous 5G opportunity before us.”

On Friday, Qualcomm extended its tender offer for NXP Semiconductors, a Dutch automotive chipmaker, until March 16. The $43 billion deal has been approved by eight global regulators but is still awaiting approval from China. The deal helps diversify Qualcomm’s business beyond a saturated smartphone market.