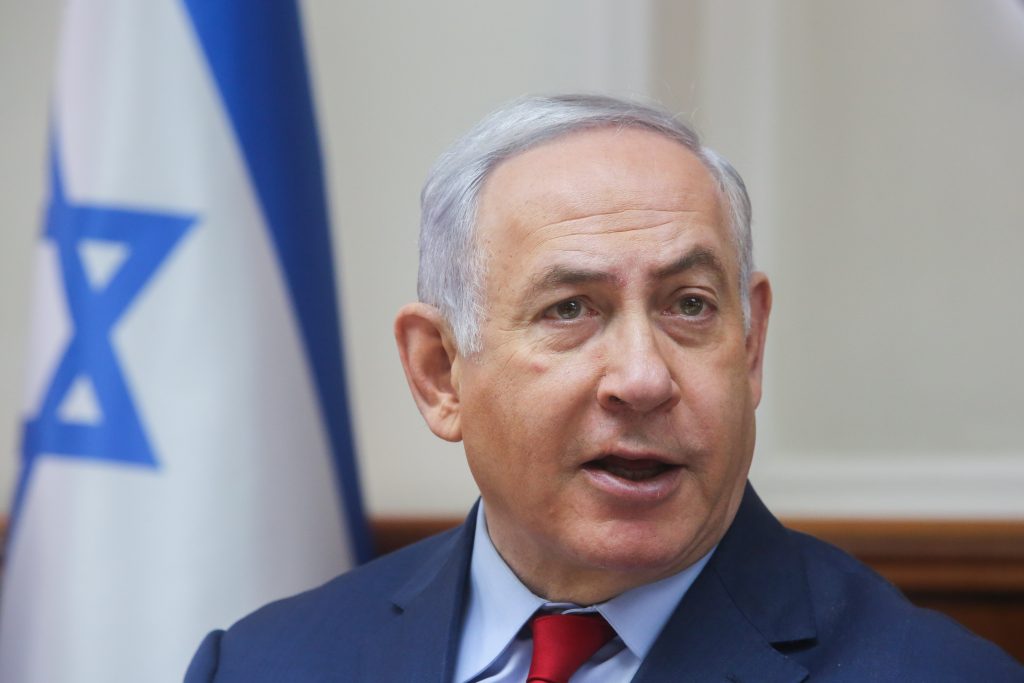 Israeli Prime Minister Binyamin Netanyahu told the weekly cabinet meeting on Sunday that the Trump administration’s peace plan for the Middle East is still in the planning stages.

“At the moment, there is no concrete American peace plan on the table. I’m not saying there won’t be, but at the moment there isn’t,” he said, according to local media reports.

Furthermore, Iran was the topic that dominated his talks with U.S. President Donald Trump at the White House last week, not the peace plan.

“The issue of the Palestinians came up in the terms I described — the security question,” PM Netanyahu said. “Not more than [a] quarter of the time [we discussed] the Palestinians.”

There was a report in the Arabic media earlier this month about Saudi officials discussing details of the plan with a Palestinian Authority representative in Riyadh. But Washington has refused to comment, except to say that the plan is nearing completion and will be unveiled when it’s ready, sometime in the near future.

Meanwhile, several Arab countries are putting pressure on the Palestinians to accept a Trump plan, according to the privately-owned Egyptian newspaper Al Shorouk.

The paper quoted a “prominent” Arab diplomat in Cairo who warned that the Palestinians may in the future “regret” not having accepted a proposal that they think is too little.

One Arab country reportedly sent a message to Abbas saying that “a realistic reading of the situation makes it imperative that the Arabs and Palestinians accept whatever is available,” the diplomat told the paper.

“Wisdom requires accepting the maximum of what is available now,” the diplomat was quoted as saying. “The dealing should be in accordance with the logic of ‘take and negotiate’, so that we won’t be surprised after a few years that the monster of settlements has devoured the Palestinian territories.”