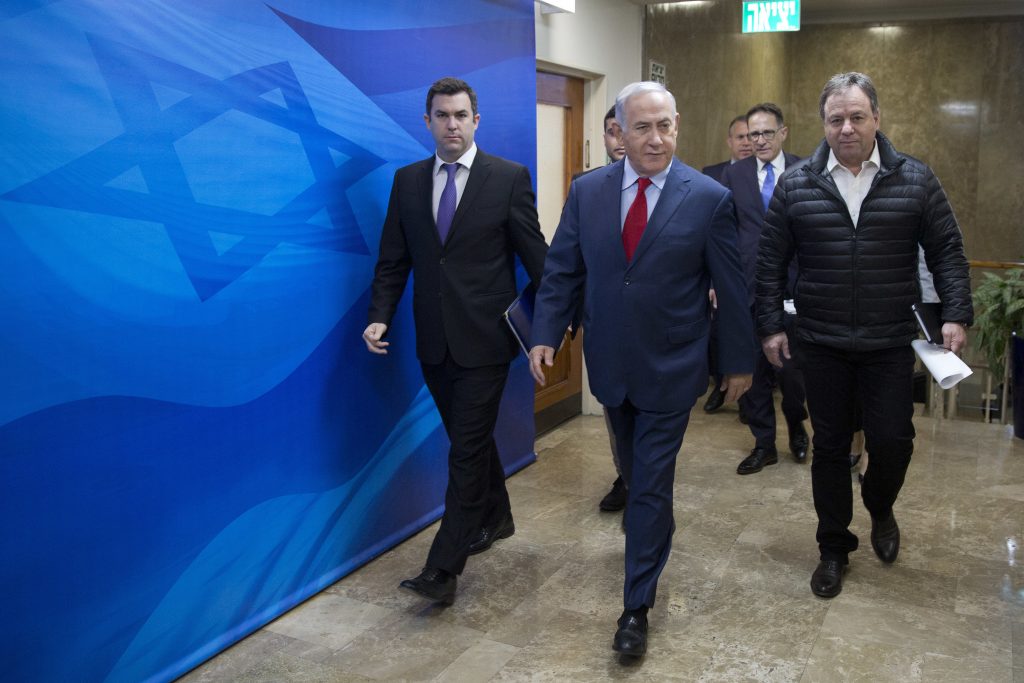 The Moetzes Gedolei HaTorah of Agudas Yisrael has rejected a proposed draft bill that included a provision stating that starting in 2022, if conscription quotas for the chareidi sector are not met, yeshivah students can be arrested for draft evasion and the yeshivos would be vulnerable to government sanctions.

Talks between Prime Minister Binyamnim Netanyahu and the chareidi parties to try to bridge the impasse were continuing Sunday night.

A letter from the secretary of the Moetzes dated Sunday said that “the decision to pass the yeshiva student draft bill before approving the budget has remained unchanged and that you must follow it.”

Although several months remain before the last legal date for budget passage, Finance Minister Moshe Kahlon has insisted on passage before the end of the current Knesset session.

Earlier on Sunday, PM Netanyahu met again with leaders of the coalition parties. However, Defense Minister Avigdor Lieberman refused to attend because, he said, the bill is being formulated by people outside of the defense establishment.

Deputy Health Minister Rabbi Yaakov Litzman (UTJ) and Kahlon were called in to the prime minister’s offices for a meeting, Ynet reported.

“The meeting of coalition heads took place in good atmosphere. There is still no agreed-upon wording between the chareidi parties. Coalition heads are waiting for their draft and after that the discussions will continue in order to resolve the crisis.”

Meanwhile, the head of the opposition Zionist Camp party Avi Gabbay said on Sunday that he favors going to elections as soon as possible.

“We’ll support moving up elections to an early as possible date because this is the best thing for the Israeli people and the State of Israel,” Gabbay says at a conference of the Israel Democracy Institute.

If the government does fall, elections will probably be held in June.