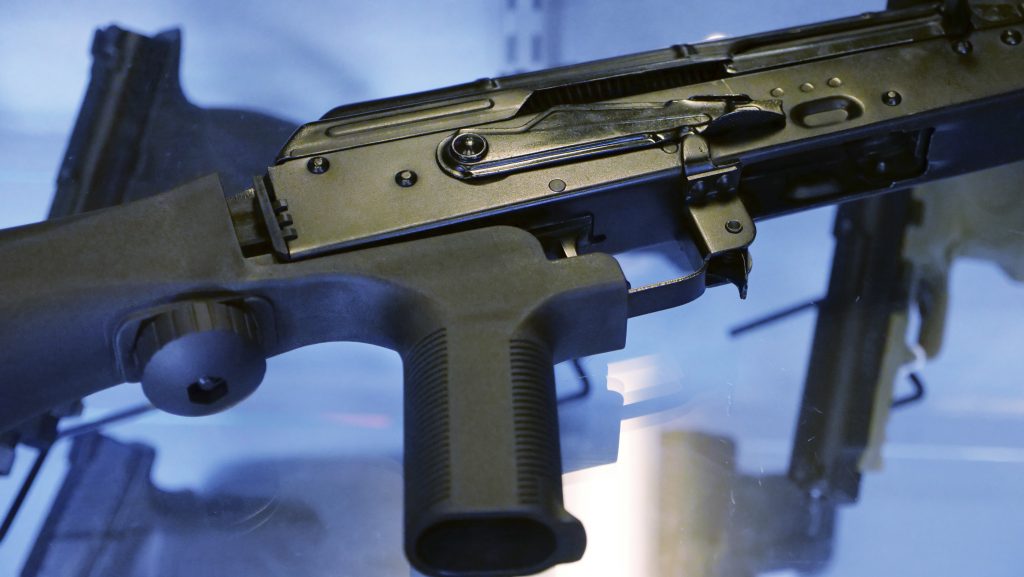 The Justice Department has proposed to ban bump stocks, devices that modify semi-automatic rifles to allow them to be fired more rapidly, making good on a promise by President Donald Trump after last month’s massacre at a Florida high school.

The agency submitted its proposal to the Office and Management and Budget, it said in a press release Saturday. The ban would be achieved by clarifying the definition of “machine gun” under U.S. law.

“President Trump is absolutely committed to ensuring the safety and security of every American and he has directed us to propose a regulation addressing bump stocks,” Attorney General Jeff Sessions said in the statement.

The proposal comes as the gun-control debate continues to rage after the Feb. 14 assault at Marjory Stoneman Douglas High School in Parkland, Fla.

That shooting ignited new calls for restrictions on guns, especially AR-15-style rifles like the one used to kill 17 people at the Florida school. The attacker in that shooting didn’t use a bump stock, although the sniper in a mass shooting in Las Vegas in October used such a device in an attack that killed more than 50 concert-goers.

Pres. Trump signed an order Feb. 20 directing the Justice Department to make the change, which the OMB must approve before it’s published and opened to public comments.

The Justice Department’s proposal came the day after the National Rifle Association sued Florida over legislation that bars people under 21 years old from buying firearms, hours after Gov. Rick Scott signed the bill into law Friday.

Efforts to address gun violence and school safety through legislation have been piling up in the U.S. Senate since the Parkland shooting, but there are no plans to vote on them. Most of them are modest measures because of the NRA’s opposition.