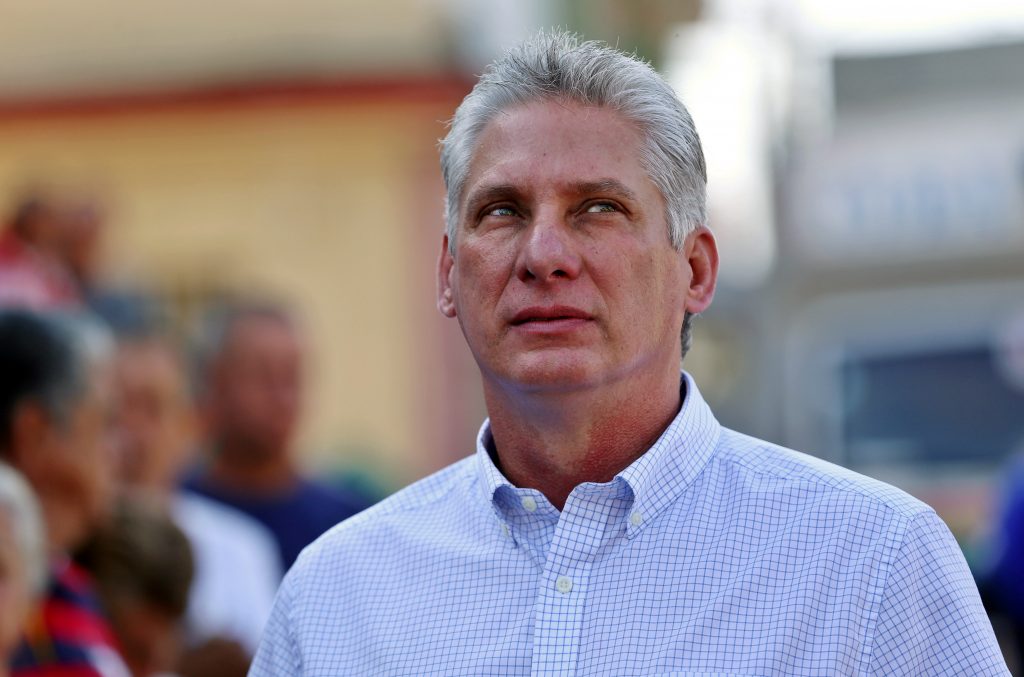 Cuba on Sunday took the final political step before a promised transition from the founders of the Communist state to a younger generation of officials.

Along with millions of Cubans, 57-year-old vice president Miguel Diaz-Canel voted to ratify a government-approved list of members of the National Assembly, which convenes April 19. Diaz-Canel, who is expected to assume Raul Castro’s seat as president that day, said the country’s next government will be more responsive to its people.

Miguel Diaz-Canel told reporters in the central city of Santa Clara that “the people will participate in the decisions that the government takes.”

“The people can also recall someone who doesn’t fulfill their responsibilities,” Diaz-Canel said. “There has to be a focus on ties to, links with, the people, to listen to the people, deeply investigate the problems that exist and inspire debates about those problems.”

Diaz-Canel also lamented the downturn in relations with the U.S. under President Donald Trump, saying “the reestablishment of relations has been deteriorating thanks to an administration that has offended Cuba.”

In a bit of political theater that may prove to be a shift in style from Castro’s, Diaz-Canel waited in line to vote alongside other citizens. Most officials are swept to the front of lines to vote in front of local and international media.

“We’re almost in the future that we’ve been talking about, a transition,” said Jose Ramon Machado Ventura, the 87-year-old second vice president who fought along with Castro to overthrow strongman Fulgencio Batista in 1959. “We’ve been in transition since Jan. 1, 1959. Now, the change is generational.”

Despite the change in tone, few Cubans on Sunday expected Diaz-Canel to bring about immediate or dramatic reform. The vice president has long been seen as Castro’s hand-picked successor, and he has consistently emphasized maintaining continuity in Cuba’s single-party political system and centrally planned economy.

Despite a series of reforms instated by Castro at the beginning of his decade in power, the Cuban government maintains its monopoly on most forms of economic activity and the Cuban economy remains mostly stagnant and unproductive.

Young Cubans in particular, are widely disenchanted by a lack of economic opportunity and the state’s tight control of virtually all aspects of life on the island. Tens of thousands of Cubans have left the island over the last decade, draining highly qualified professionals from key institutions like Cuba’s prized medical and educational systems.

“I think the change will be for the good, because it seems to me that some of the measures that have been taken in the past have become obsolete,” said Daniela Aguero, a 26-year-old doctor. “Now, there will be changes to improve our economy and our policies.”