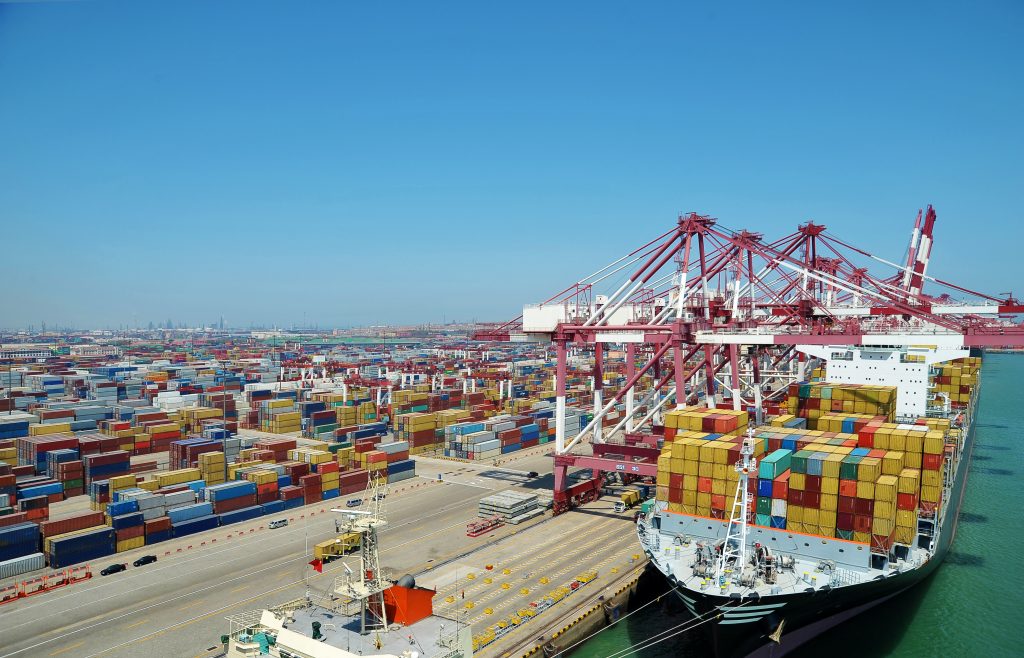 President Donald Trump has repeatedly singled out China for the kind of unfair trade he aimed to curb this week by imposing tariffs on steel and aluminum imports. But in the fallout, China is the one emerging relatively unscathed.

Pres. Trump gave a reprieve to Canada and Mexico, for now, and suggested that allies such as Australia also may receive exemptions. Countries around the world, including Japan and South Korea, sought to get on the exemption list. World leaders condemned the tariffs, which threaten to explode into a trade war and rupture America’s most important alliances in Asia.

“This is not just about Japan,” said Ken Onuki, director of general affairs at the Japan Aluminum Association. “It’s a violation of free trade.”

Japan’s trade minister called the decision “extremely regrettable,” and South Korean officials said they might lodge a protest with the World Trade Organization.

China, the world’s largest producer of steel and aluminum, denounced the tariffs as an affront to the international trade order. The country will take “effective measures” and safeguard its rights based on the damage caused, the Ministry of Commerce said on its website.

It probably won’t feel much. China accounted for about 2.5 percent of U.S. steel imports last year, a result of previous restrictions. It also exports a small fraction of the aluminum the U.S. receives.

Chinese officials routinely warn about the reciprocal damage of a trade war, but kept fairly quiet about the tariffs before Pres. Trump’s announcement Thursday. China views it as a welcome distraction, analysts said, from more severe tariffs on industries such as high-tech or semiconductors. Officials appear more anxious about the results of an American investigation into China’s intellectual property practices.

It’s “a big deal,” he said at a news conference this week. But there is little evidence to prove that it boosts China’s steel exports to the U.S.

“From the U.S. perspective, Korea appears to be like the gateway for the transshipment from China to U.S. markets, so we became one of the major targets,” said Ahn Dukgeun, who researches international trade law at Seoul National University. “That is not true.”

South Korea is the third-largest steel exporter to the U.S., after Canada and Brazil. With Mexico, they provide about half the steel sent to the U.S. Canada is the largest exporter of both steel and aluminum to the U.S.

The tariffs — 25 percent on steel imports and 10 percent on aluminum — will take effect in two weeks.

Pres. Trump invoked national security as his justification, a tactic that infuriated allies. The European Union has threatened to retaliate with tariffs on bourbon, blue jeans and Harley-Davidson motorcycles — products from regions with more political support for Pres. Trump or Republican lawmakers.

“If you put tariffs against your allies, one wonders who your enemies are,” European Central Bank President Mario Draghi said at a news conference Thursday.

Pres. Trump hinted that he might use tariff exemptions as a bargaining chip, particularly in talks with Mexico and Canada over the North American Free Trade Agreement. Neither of the two countries — the largest U.S. trading partners after China — took kindly to that notion.

The trade negotiations “will follow its course independently of this or any domestic policy measures,” Mexico’s Finance Ministry said in a statement. Canadian Foreign Minister Chrystia Freeland also said the tariff announcement will not influence Canada’s decisions.

Trade officials in Brazil said the country would take “all necessary steps” to preserve its interests.

Pres. Trump’s announcement came the same day that 11 nations, including Japan and Australia, signed a Pacific trade deal to replace the Trans-Pacific Partnership. The president withdrew the U.S. from the TPP last year, which some viewed as the dawn of a protectionist era in U.S. politics.

Timing is especially significant for South Korea. The announcement Thursday that Pres. Trump would meet with North Korean leader Kim Jong Un could give Seoul more leverage — or put one of the most significant breakthroughs with the rogue state in jeopardy.

South Korean officials played an instrumental role in organizing the meeting, and the U.S. will need the country’s help to make it successful. Government officials, at least until now, have sought to separate the two issues.

China could stand to benefit. The communist nation is North Korea’s only ally, and Beijing would make a logical spot for the meeting. China’s Foreign Ministry Friday welcomed the talks.

Analysts doubt the White House would abandon efforts to confront China on trade, especially with the resignation of Gary Cohn, Pres. Trump’s top economic adviser, and the growing clout of Peter Navarro, a prominent administration critic of China.

The U.S. administration in January issued tariffs on solar panels and washing machines in an effort to reduce cheap imports from China and South Korea. China, in response, launched an anti-dumping and anti-subsidy investigation weeks later into its imports of U.S. sorghum.

The American Chamber of Commerce in China has warned that Chinese officials could respond against punitive U.S. actions by targeting parts of the United States that support Pres. Trump, particularly agricultural areas in the Midwest. Experts point to soybeans, one of the top U.S. exports to China, as a possible target for retaliation. Leaders also could embrace tit-for-tat measures aimed at U.S. companies that make sizable profits from the Chinese market, like Boeing and Apple.

Trade wars “only hurt others and yourself,” Chinese Foreign Minister Wang Yi said Thursday before Pres. Trump’s announcement. But if the U.S. takes aim at China, he said, his country will make a “justified and necessary response.”