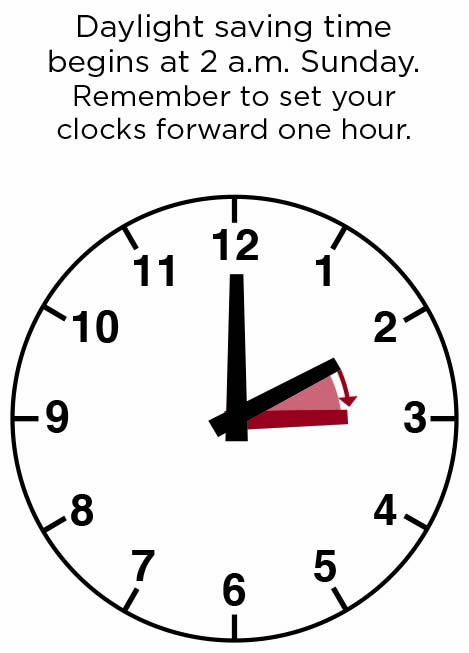 In most of the United States, you’re on the clock to lose an hour’s sleep overnight Motzoei Shabbos. The trade-off: gaining more evening light in the months ahead, when the weather warms and you want to be outdoors.

No time change is observed in Hawaii, most of Arizona, Puerto Rico, the Virgin Islands, American Samoa, Guam and the Northern Marianas.

Since 2005, daylight saving time has begun the second Sunday in March and ended the first Sunday in November.

Daylight saving time covers close to eight months, or about 65 percent of the year.

Fire officials urge residents to use daylight saving time to make sure smoke and carbon monoxide detectors are working.

The Fireman’s Association of the State of New York on Thursday said the beginning of DST is a good reminder to check the batteries in alarms. The group says that any alarms or detectors that are more than 10 years old should be replaced.

The association says that three of every five deaths attributed to a fire occur in homes without working smoke alarms.

A new law taking effect in 2019 will require all new smoke alarms sold in the state to contain non-removable 10-year batteries.

Carbon monoxide is the invisible killer; it’s a colorless, odorless gas and it can kill within minutes. According to the U.S. Census Bureau, just 42 percent of households report having a working carbon monoxide alarm.

This month marks 100 years since DST was first used in the United States. The semiannual clock-tinkering ritual began in Europe two years earlier and eventually made its way across the pond as a way to save coal and energy during World War I.