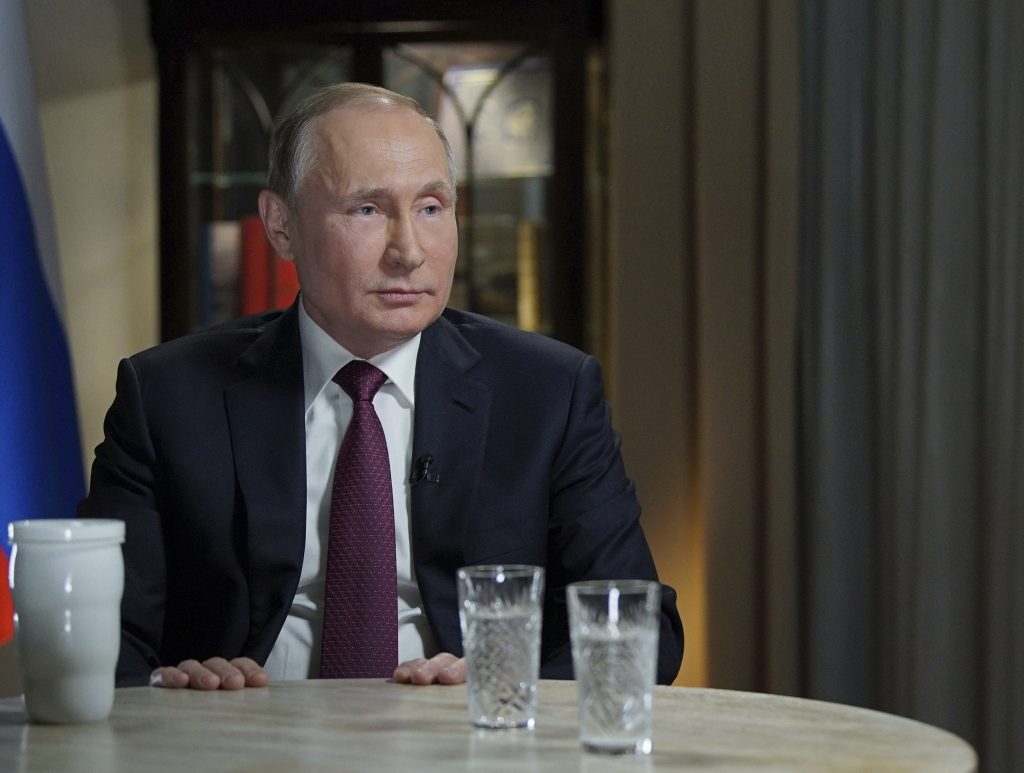 Russian President Vladimir Putin says he doesn’t care about alleged Russian interference in the U.S. presidential election because the actions weren’t connected to his government.

In an interview with American broadcaster NBC News that aired Saturday, Putin also suggested that some of the 13 Russian nationals indicted by the United States may not be ethnically Russian.

“Maybe they are not even Russians, but Ukrainians, Tatars or Jews, but with Russian citizenship, which should also be checked,” he said.

Putin responded brusquely when interviewer Megyn Kelly asked if he condoned the interference that was alleged in last month’s U.S. indictment by special counsel Robert Mueller.

“It’s all the same to me. To me it absolutely makes no difference because they do not represent the government,” Putin answered, according to the Russian-language interview transcript posted Saturday by the Kremlin.

Putin said Russia has neither the tools nor the will to meddle in elections. He repeatedly complained during the interview that Washington has brushed off Russian initiatives to work together on cybersecurity issues.

“But the U.S. refuses to work like this and instead throws 13 Russians to the media,” he said, going on to list the possible ethnicities that would make the suspects “not even Russian.”

“Maybe they have dual citizenship or a green card; maybe the U.S. paid them for this. How can you know that? I do not know, either,” the Russian leader said.

In the indictment, the 13 Russians are accused of an elaborate plot to disrupt the election including running a huge but hidden social media trolling campaign aimed in part at helping Trump win. The federal indictment represents the most detailed allegations to date of illegal Russian meddling during the campaign that sent Trump to the White House.

In the interview, Putin claimed that the United States interferes in Russian elections “all the time” but that it was “impossible for us” to do the same.

“First, we have principles whereby we do not allow others to interfere in our domestic affairs and do not get into the affairs of others….Secondly, we don’t have this quantity of tools,” he said.

The NBC News interview was conducted in two parts, on March 1 and March 2. Kelly noted that Putin made the remark about not having the tools to disrupt the U.S. election shortly after he announced that Russia had developed major new nuclear weapons.

“This isn’t missiles. This is an absolutely different sphere of activity,” Putin responded.