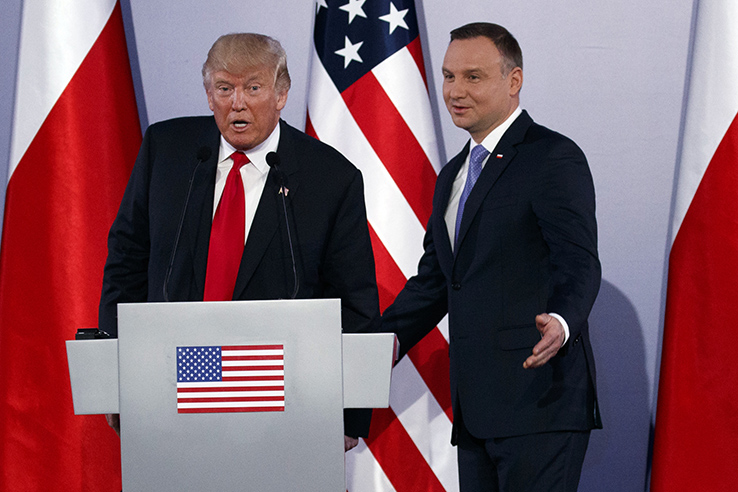 Poland’s foreign minister on Friday acknowledged the existence of an Internal Ministry document that reveals tension in the U.S.-Polish relationship but denied Polish media suggestions that Washington is imposing “sanctions.”

The strains have emerged over new Polish legislation that makes it a crime to falsely attribute the Holocaust crimes of Nazi Germany to Poland. The U.S. fears it could violate free speech.

A Polish news portal, Onet.pl, reported earlier this week that it had seen an internal Foreign Ministry document from February. It said the document revealed that Warsaw was informed by the U.S. administration that the Polish president and prime minister should not expect meetings with the U.S. president or vice president until the matter is resolved.

Foreign Minister Jacek Czaputowicz largely confirmed that on Friday, though he characterized the U.S. message as: “It would be good if meetings at the highest level could take place in an atmosphere when these issues are resolved.”

He stressed that there was no mention of sanctions and denied the U.S. position as meaning that diplomatic ties are somehow “frozen,” as some reports claimed. Czaputowicz’s characterization seems confirmed by a number of meetings that have taken place in recent weeks between U.S. and Polish officials in both Washington and Warsaw.

“There is nothing in it that could raise concerns,” Czaputowicz said of the document.

He also said prosecutors are investigating the leak of the document, “which should not have been made available to journalists.”

Poland’s president last month signed the law, but also sent it to the Constitutional Tribunal for review. Many hope the court will find a way out of an impasse that caused what appears to be the worst rift in U.S.-Polish ties in many years, and also created a dispute with Israel.

“The United States has concerns which I hope the Constitutional Tribunal will resolve,” Czaputowicz said.