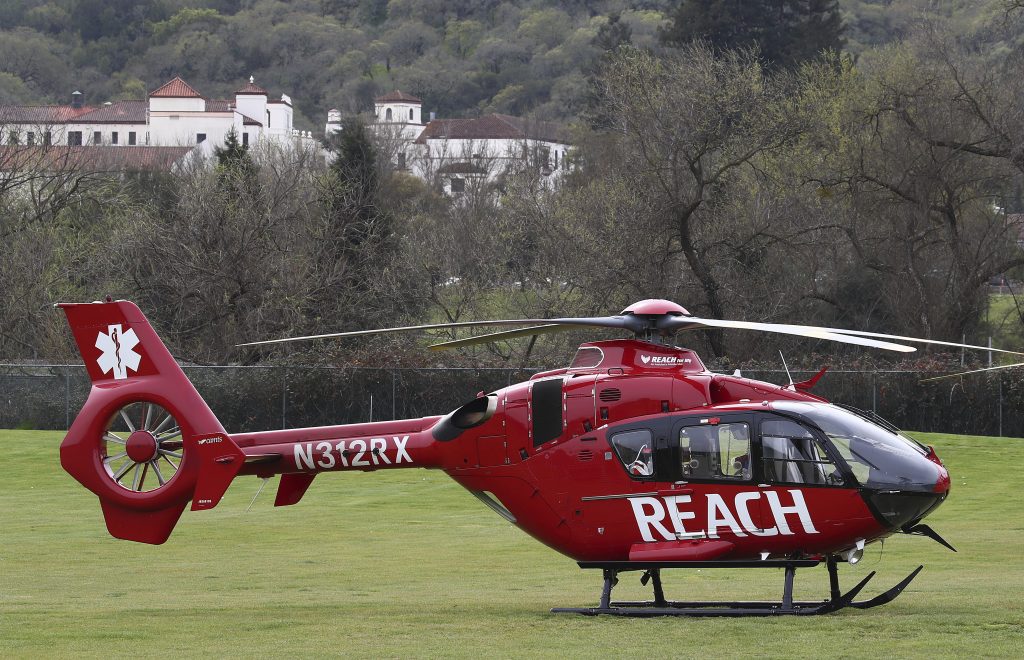 The gunman who killed three people who work for a California program that treats veterans for post-traumatic stress disorder was kicked out of the program, a relative of one victim said Friday.

Albert Wong, 36, was identified as the man who went to The Pathway House therapy center on the sprawling campus of the largest veterans homes in the country and took a psychologist and two executives hostage, authorities said.

Wong slipped into a going-away party for two employees of The Pathway Home, authorities said.

Gunshots were fired around 10:30 a.m. after he arrived at the Veterans Home of California-Yountville but nothing more was heard from him or the women until their bodies were found at about 6 p.m., authorities said.

Wong’s rental car was found nearby. A bomb-sniffing dog alerted on the car but no bombs were found, only a cellphone, authorities said.

“These brave women were accomplished professionals who dedicated their careers to serving our nation’s veterans, working closely with those in the greatest need of attention after deployments in Iraq and Afghanistan,” The Pathway Home said in a statement.

Gov. Jerry Brown said flags would be flown at half-staff at the capitol and said that he and his wife “are deeply saddened by the horrible violence.”

Golick was the top psychologist at the nonprofit home, which treats combat veterans of Iraq and Afghanistan.

She called her husband, Mark, around 10:30 a.m. to say that she had been taken hostage, Bob Golick said.

It was “far too early to say if they were chosen at random” because investigators had not yet determined a motive, California Highway Patrol Assistant Chief Chris Childs said.

However, Golick’s father-in-law said she had recently ordered Wong removed from the program.

Wong had been an Army infantryman who served a year in Afghanistan from 2011 to 2012. He held a number of service awards, including one for expert marksmanship with a rifle.

Yountville, about 53 miles (85 kilometers) north of San Francisco, is one of the Napa Valley’s most upscale towns, located in the heart of wine country.

A sheriff’s deputy responding to an emergency call Friday morning got into a shootout with the gunman but wasn’t injured.

Highway Patrol Sgt. Robert Nacke said negotiators were unable to make contact with the gunman throughout the day.

Larry Kamer told The Associated Press that his wife, Devereaux Smith, was at a morning staff party and told him by phone that the gunman had entered the room quietly, letting some people leave while taking others hostage.

Smith, a fundraiser for the nonprofit Pathway Home, was still inside the facility’s dining hall and was not allowed to leave, he said.

Police evacuated the property and closed off nearby roads to the veterans complex, which houses about 1,000 residents.

Army veteran and resident Bob Sloan, 73, was working at the home’s TV station when a co-worker came in and said he had heard four gunshots coming from the Pathway Home. Sloan sent alerts for residents to stay put.

A group of about 80 students who were on the home’s grounds were safely evacuated after being locked down, Napa County Sheriff John Robertson said. The teens from Justin-Siena High School were at rehearsing a play.

“They were a distance away from the shooting situation,” Robertson said.

The state Veterans Affairs department said the home that opened in 1884 is the nation’s largest veterans home and cares for elderly and disabled residents.

Yvette Bennett, a wound-care supply worker who supplies the veterans center, was turned back when she tried to deliver what she called urgently needed medical supplies for two patients inside.

Of all the medical institutions she has worked with, “this is the most placid, calm, serene place,” she said. Earlier this week, when she last visited, she asked a doctor, “What’s your magic here?”

“And then 48 hours later this happens,” Bennett said.