Business Toys R Us Is Said to Ready Liquidation of U.S. Operations
Business 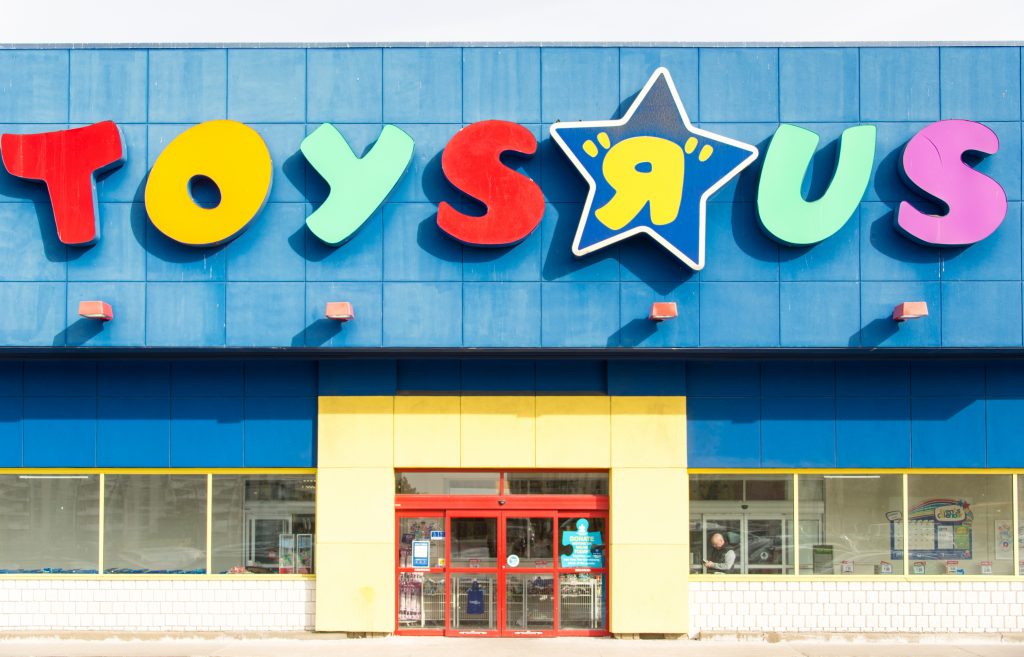 Toys R Us Inc. is making preparations for a liquidation of its bankrupt U.S. operations after so far failing to find a buyer or reach a debt-restructuring deal with lenders, according to people familiar with the matter.

While the situation is still fluid, a shutdown of the U.S. division has become increasingly likely in recent days, said the people, who asked not to be identified because the information is private. Hopes are fading that a buyer will emerge to keep some of the business operating, or that lenders will agree on terms of a debt restructuring, the people said.

The toy chain’s U.S. division entered bankruptcy in September, planning to emerge with a leaner business model and more manageable debt. A new $3.1-billion loan was obtained to keep the stores open during the turnaround effort, but results worsened more than expected during the year-end shopping season, casting doubt on the chain’s viability.

The situation has also deteriorated for many of the retailer’s overseas divisions, which weren’t part of the bankruptcy. Toys R Us’s U.K. unit put itself in the hands of a court administrator after discussions about selling the business fell apart. Its European arm is seeking takeover bids. And talks are being held to offload the growing Asian business, the company’s most profitable arm. It’s not yet clear what will happen to the Canadian unit, which filed at the same time as the U.S. division.

A representative for Wayne, New Jersey-based Toys R Us declined to comment.

The downfall of Toys R Us can be traced back to a $7.5-billion leveraged buyout in 2005, when Bain Capital, KKR & Co. and Vornado Realty Trust loaded the company with debt. For years, the retailer was able to refinance its debt and delay a reckoning. But the emergence of online competitors, like Amazon.com, weighed on results. The company’s massive interest payments also sucked up resources that could have gone toward technology and improving operations.

Facing broader concerns about the brick-and-mortar industry, the company was finally pushed to hire debt-restructuring advisers last year. Its worsening situation, along with reports that it was considering bankruptcy, spooked vendors – with about 40 percent of them ceasing shipments and forcing the company to seek court protection. That quick descent meant the retailer entered bankruptcy without a plan for how to restructure its debt, which made finding a way to exit more difficult.

The liquidation will be a big blow for the toy industry, as the chain makes up about 15 percent of U.S. toy revenue. Moreover, the retailer was willing to take chances on new products and small companies. Bigger competitors like Walmart Inc. and Target Corp. would typically take a more cautious approach.

The company entered this year with more than 800 stores in the U.S., under both the Toys R Us and Babies R Us brands. In January, it announced the shuttering of 182 locations.

It’s not unusual for bankrupt retailers to ultimately liquidate, but Toys R Us took an optimistic stance when it filed for bankruptcy in September. It initially pledged not to close stores, and its earnings had shown improvement by some measures.

Toys R Us generated $11.5 billion in sales in 2016. And though the company hadn’t reported an annual profit since its 2013 fiscal year because of interest payments, its operating income had risen 22 percent, to $460 million.

The company was founded in 1948 when Charles Lazarus opened Children’s Bargain Town, a baby-furniture store. Over the decades, it grew into the largest U.S. toy chain. In the early 1990s, sales were increasing at a 10-percent annual clip.

In more recent years, sluggish traffic and the shift online took their toll. In the 12 months through September, Toys R Us sales declined 5 percent.