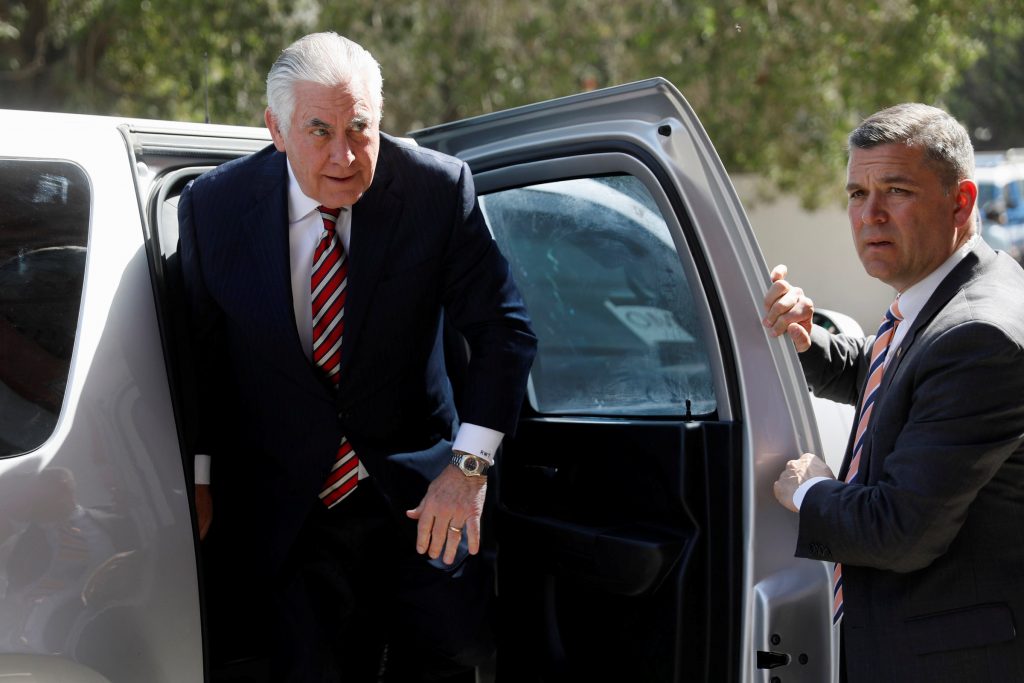 President Donald Trump made the decision to hold talks with North Korea himself, U.S. Secretary of State Rex Tillerson said on Friday, and the talks will take “some weeks” to arrange.

Sec. Tillerson said President Trump made the decision “himself” after determining the time was right for “talks” — but not formal negotiations. “I spoke to him very early this morning about that decision and we had a very good conversation,” Sec. Tillerson told a press conference during a visit to the African nation of Djibouti.

The secretary of state says a “dramatic” and surprising change of posture by Kim Jong Un led Presidenet Trump to agree to a meeting with the North Korean leader.

Sec. Tillerson says the U.S. was taken aback at how “forward-leaning” Kim was in his conversations with a visiting South Korean delegation.

He said it was the strongest indication to date of Kim’s “not just willingness but really his desire for talks.”