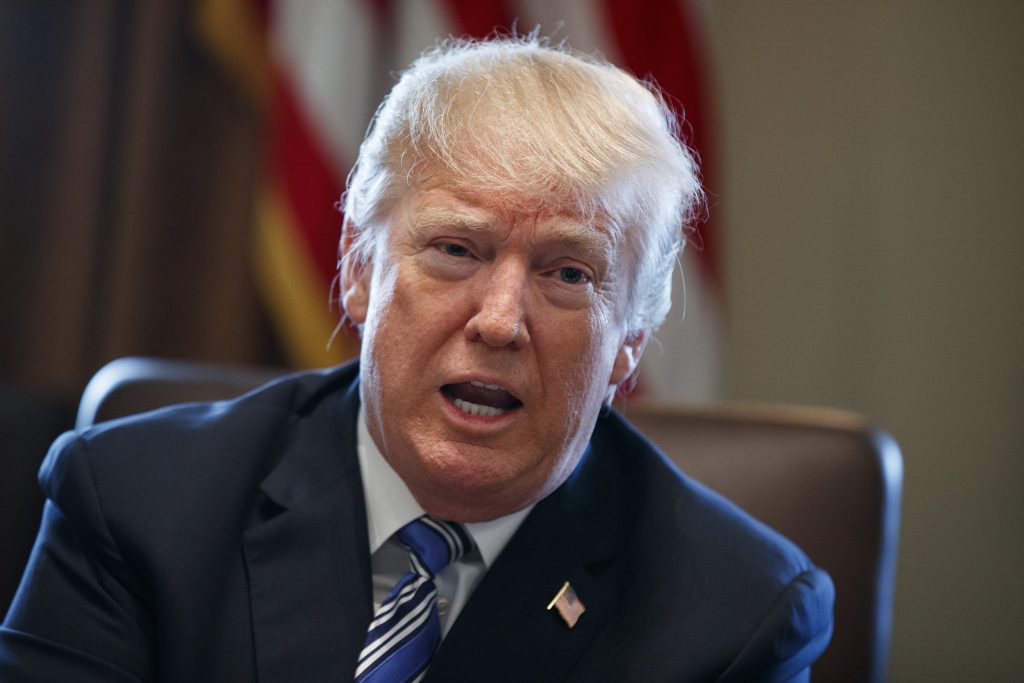 President Donald Trump raised concerns about the graphic depiction of violence in video games at a White House meeting Thursday with members of the industry and some of their most vocal critics.

Searching for ways to respond to last month’s Florida school shooting, Trump has questioned the impact of video games, although decades of research have failed to find a link between gun violence and graphic depictions of violence in games. Meeting attendees said he sought to hear from all sides.

“He asked a lot of questions and he raised concerns with the violent nature of these games and asked the question: Is this causing the kids to have (this) violent behavior?” said Rep. Vicky Hartzler, R-Mo.

Also attending were a representative of the Parents Television Council, a conservative watchdog group, as well as conservative activist Brent Bozell — a longtime critic of video game violence who founded the council — and the author of a book linking mass killings to violent video games.

PTC program director Melissa Henson said she sought to convey the challenges of keeping violent games away from kids “even for the most diligent parent.”

She described the meeting as a listening session, saying there were no decisions about next steps.

“I don’t think there are easy answers, and I don’t think that we’re going to be able to figure out the solution in the course of a one-hour conversation,” Henson said.

Industry representatives argued in advance of the meeting that there was no correlation between video games and gun violence.

The Entertainment Software Association released a statement saying studies “have found no connection between games and real-life violence” and noting that games are played in other countries that don’t have the same level of gun violence. They expressed hope that the meeting will “provide the opportunity to have a fact-based conversation about video game ratings … and the tools we provide to make informed entertainment choices.”

Trump has focused on video games as he seeks solutions to deal with the scourge of guns in the wake of the Florida school shooting that killed 17 people. After weeks of public deliberation — including expressing support for some gun control measures — Trump has not yet outlined what he would like to see in legislation.

Trump has invoked his son Barron as he speaks about video games. At a recent meeting on school violence, he said: “The video games, [the films], the internet stuff is so violent. It’s so incredible. I see it. I get to see things that you wouldn’t be, you’d be amazed at. I have a young, very young son, who, I look at some of the things he’s watching, and I say, how is that possible?”

The measure would raise the minimum age to buy rifles from 18 to 21 and create a waiting period on weapons sales. It also would create a so-called guardian program, enabling school employees and many teachers to carry handguns if they go through law enforcement training and their school districts agree to participate. Republican Gov. Rick Scott has not said if he will sign the bill.

Trump also said the White House is working to ban “bump stocks” and said efforts to enhance background checks are “moving along well” in Congress. No votes have been scheduled yet in the Senate on a pending background checks bill, but the House has said it will consider school safety legislation next week.

This is not the first time Washington has focused on video game violence.

In 2013, after the shooting at Sandy Hook elementary school in Newtown, Connecticut, Vice President Joe Biden held three days of wide-ranging talks on gun violence prevention, including a meeting with video game industry executives. After the 2013 meetings wrapped up, the White House called for research on the effect of media and video games on gun violence, but nothing substantial came out of that.

In 2011, the Supreme Court rejected a California law banning the sale of violent video games to children. The decision claimed that video games, like other media, are protected by the First Amendment.