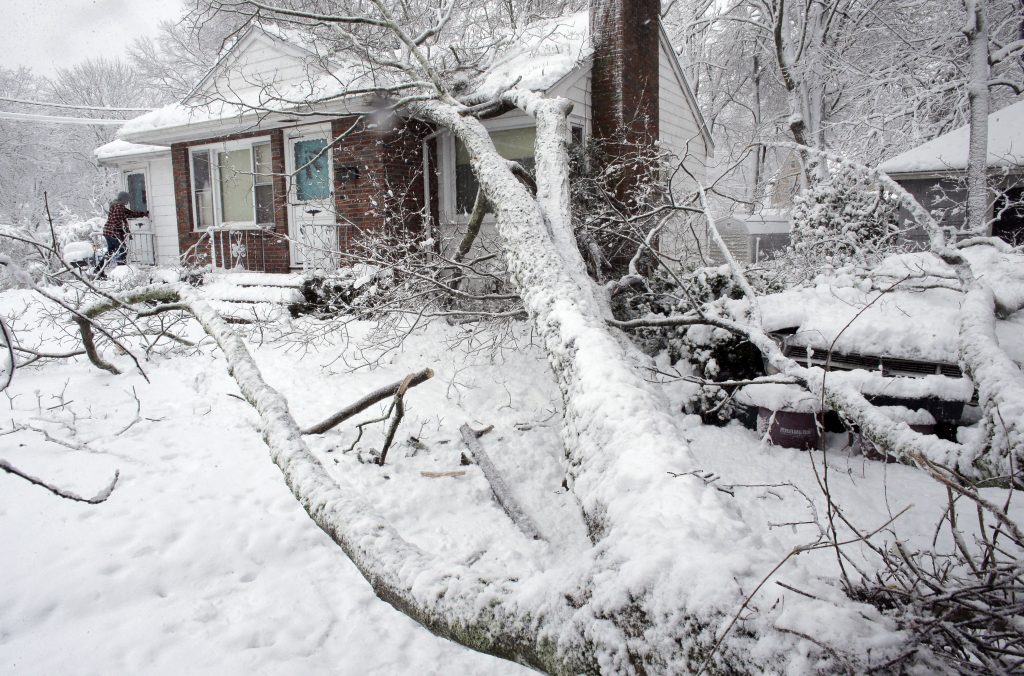 The Northeast is digging out from its second powerful nor’easter in less than a week that left behind some areas with more than 2 feet (61 cm) of snow, hundreds of thousands without power, school closures and travel chaos

Some places saw more than 2 feet of snow by late Wednesday and many communities woke up Thursday to a foot or more of snow-covered cars.

The late-winter storm left more than 800,000 customers without power in the Northeast — counting some who have been without electricity since last Friday’s destructive nor’easter.

The storm made traveling treacherous. Thousands of flights across the region were canceled.

Amtrak suspended service between New York City and Boston until at least 10 a.m. Thursday. New York City’s Metro-North commuter railroad suspended service on lines connecting the city to its northern suburbs and Connecticut because of downed trees. It was not immediately known when service would be restored.

The storm was not predicted to be as severe as the nor’easter that toppled trees, flooded coastal communities and caused more than 2 million power outages from Virginia to Maine last Friday.

It still proved to be a headache for the tens of thousands of customers still in the dark from the earlier storm — and for the crews trying to restore power to them.

Massachusetts was hardest hit by outages, with more than 300,000 without service early Thursday. In New Jersey, the state’s major utilities reported more than 247,000,000 customers without power a day after the storm.

In Worcester, Massachusetts, public works crews late Wednesday had a hard time keeping up with the snow.

In North White Plains, New York, 10 people were taken to hospitals with symptoms of carbon monoxide poisoning after running a generator inside a home, police said. All were expected to survive.