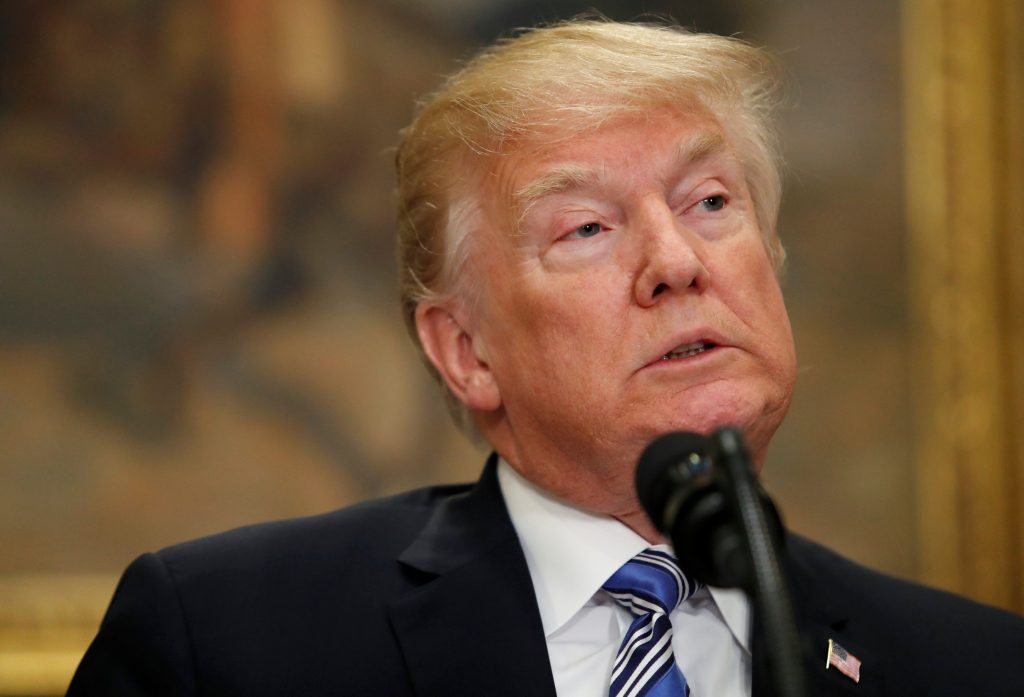 A federal judge recommended Thursday that President Donald Trump mute rather than block some of his critics from following him on Twitter to resolve a First Amendment lawsuit.

District Judge Naomi Reice Buchwald suggested a settlement as the preferred outcome after hearing lawyers argue whether it’s constitutional for Trump to block some followers.

“Isn’t the answer he just mutes the person he finds personally offensive?” she asked. “He can avoid hearing them by muting them.”

The hearing stemmed from a lawsuit filed in July by the Knight First Amendment Institute at Columbia University and seven people rejected by Mr. Trump after criticizing the Republican president.

Lawyers on both sides said they saw merit to the judge’s suggestion but would need to consult with clients.

“It’s not a perfect solution, but certainly, it is a pretty good one,” said Katherine Fallow, a Knight institute lawyer. Justice Department attorney Michael Baer agreed.

If no deal is reached, lawyers will rely on a written decision from Buchwald, who warned they might not like the outcome.

“Like with every case, there is always a risk you can lose,” she said. “If there’s a settlement, that serves the interests of all parties. It’s often considered the wisest way to go.”

The lawsuit was filed after Mr. Trump blocked some Twitter users from @realdonaldtrump, an account with nearly 50 million followers.

Baer argued that it was Trump’s prerogative, no different from the president deciding in a room filled with people not to listen to some.

Buchwald said citizens have the right to send communications to the president in a variety of ways.

She quickly added: “I’m not remotely suggesting that citizens have the right to insist someone in the government read their mail. … No one has the time. There are not remotely enough hours in the day.”

Baer urged the judge to toss the lawsuit on jurisdictional grounds or to find that blocking some followers doesn’t violate the First Amendment because Trump is not regulating access to a public forum on Twitter.

Jameel Jaffer, the Knight institute’s director, told Buchwald it was not necessary to issue an order against the president himself, since there are others involved with his account who can be required to enforce her decision.