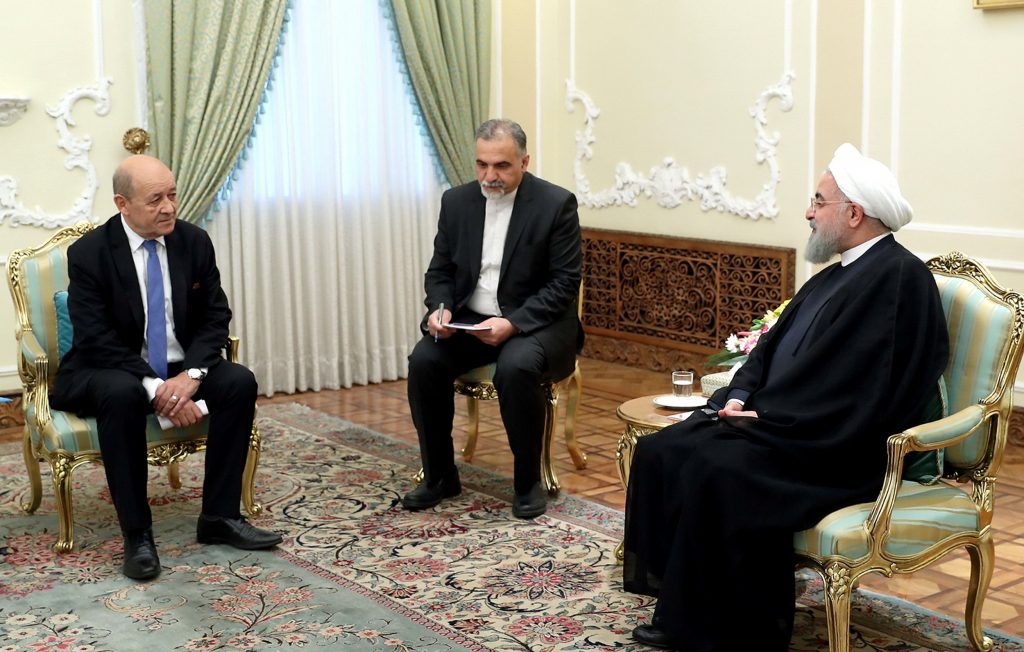 Iran will not negotiate with the West over its presence in the Middle East, Supreme Leader Ayatollah Ali Khamenei said, days after the visiting French foreign minister sought to discuss Tehran’s role in regional conflicts.

Jean-Yves Le Drian traveled to Tehran on Monday with a brief to reaffirm Europe’s support for a nuclear deal that opened Iran’s economy while echoing U.S. concern about Tehran’s missile program and its influence in the region.

“European countries come [to Tehran] and say we want to negotiate with Iran over its presence in the region. It is none of your business. It is our region. Why are you here?” Khamenei was quoted as saying by his official website.

Khamenei said Iran would only negotiate on that issue with other states in the region.

“We will negotiate with America, when we want to be present in America,” he added.

President Donald Trump has threatened to pull out of the nuclear deal unless three European signatories help “fix” the accord by forcing Iran to limit its sway in the Middle East and rein in its missile program.

French President Emmanuel Macron has criticized the program and raised the possibility of new sanctions.

Tehran supports Syria’s President Bashar al-Assad in his government’s war against rebel forces, including groups backed by the West, and is an ally of Israel’s enemy Hezbollah in Lebanon.