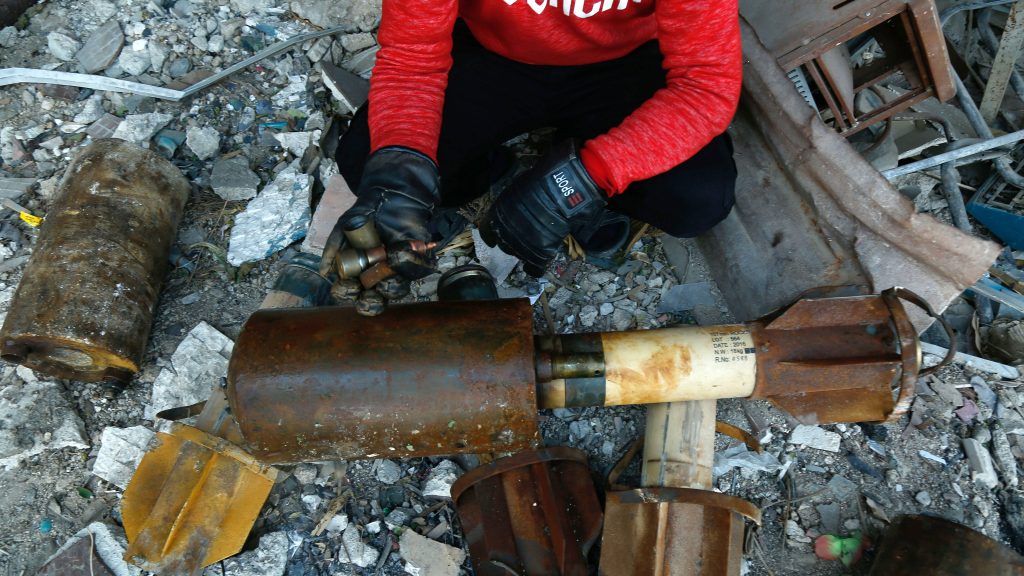 Iran is developing a chemical-weapons program in Syria, and Hezbollah has come into possession of such weapons, according to a former Syrian general who now heads a monitoring center in Belgium.

Zuhair al-Saqit was quoted in Israeli media reports on Thursday as saying that Iran is building and testing short- to medium-range missiles armed with chemical warheads, and that Syria passed chemical stockpiles to Hezbollah in order to conceal them from international inspectors.

Al-Saqit, who heads the Center for the Detection and Monitoring of the Use of Chemical Weapons, made the disclosures in an interview in Paris, where he went to warn European governments that the chemical weapons danger in the region should be dealt with on a high-priority basis.

“At three different centers in Syria, Iranian scientists, technicians and military personnel develop missiles with chemical warheads ranging from 5 to 35 kilometers to be used for military operations within Syrian territory — but also for operations across the border,” he said, referring to Israel.

“The Syrian army and the militias supporting it carry out daily attacks on the population, which uses chlorine gas. Only yesterday there was such an attack,” he said.

Al-Saqit deserted the Syrian army in 2013 and left the country after playing a major role in chemical warfare research and development during the civil war. However, he refused to use chemical weapons against civilians and replaced chemical munitions with harmless materials, according to The Jerusalem Post.