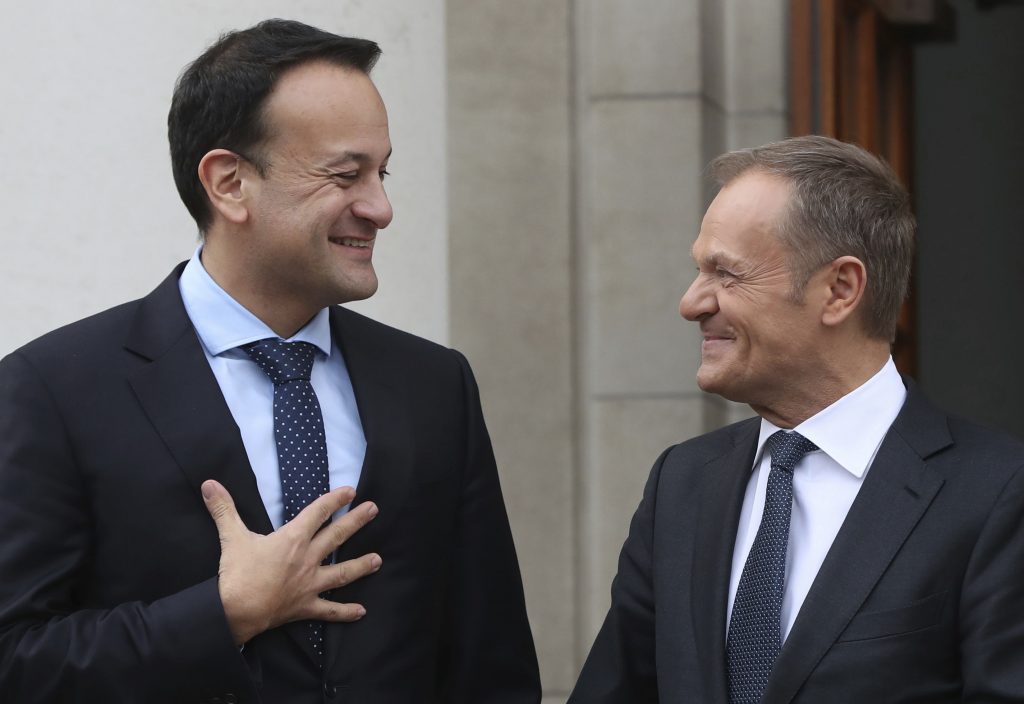 European Council President Donald Tusk warned Britain on Thursday that there can’t be progress toward a post-Brexit trade deal until the issue of the Irish border is resolved.

Tusk said that until the U.K. presents a plan to keep the all-but-invisible border open, “it is very difficult to imagine substantive progress in Brexit negotiations.”

After Britain leaves the bloc in 2019, the border separating Northern Ireland from the Republic of Ireland will be the only land frontier between the U.K. and an EU member country. Britain and the EU agreed in December that there must be no customs posts or other impediments along the 30-mile (500-kilometer) border, but they have not agreed on how to achieve that.

Britain has rejected the EU’s suggestion, which is to keep Northern Ireland inside the bloc’s customs union after the rest of the U.K. leaves it.

Prime Minister Theresa May has said that would undermine the constitutional integrity of the U.K.

Speaking alongside Irish Prime Minister Leo Varadkar in Dublin, Tusk said Britain must propose “a specific and realistic solution to avoid a hard border,” or there can be no progress in other areas of the negotiations.

“If in London someone assumes the negotiations will deal with other issues first, before the Irish issue, my response would be: Ireland first,” he said.

Britain and the EU have a deadline of this fall to strike a deal so that national parliaments can approve it before the U.K. officially leaves the 28-nation bloc on March 29, 2019.