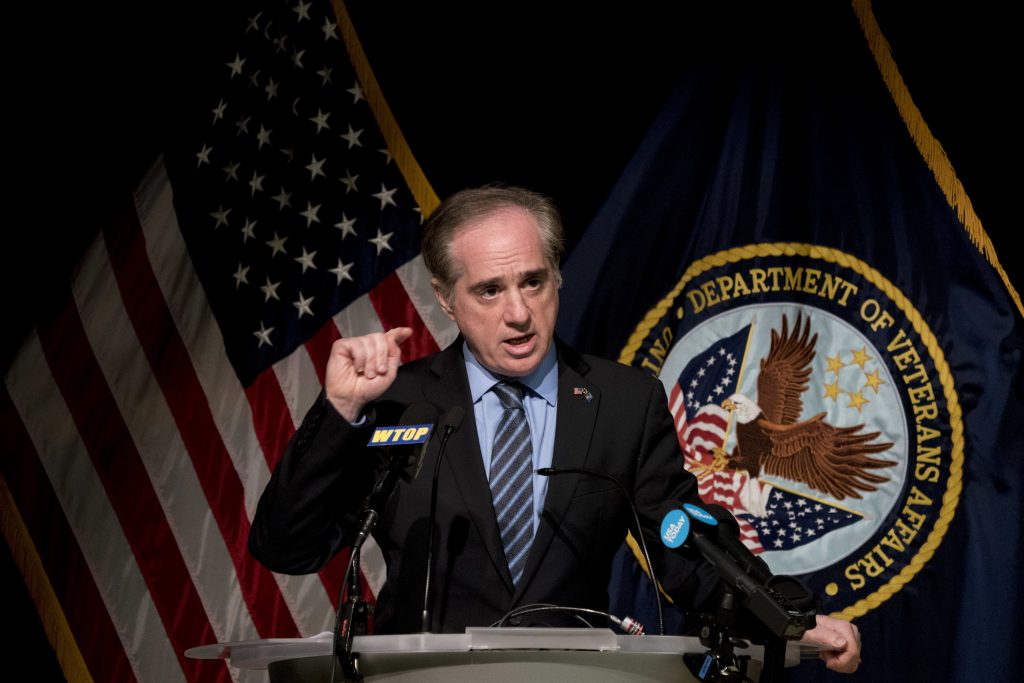 A stinging internal investigation finds “failed leadership at multiple levels” at the Veterans Administration during the Obama administration that put patients at a major hospital at risk. It’s another blow to current Secretary David Shulkin, who also served at the agency then and now is fighting to keep his job.

Painting a grim picture of communications breakdowns, chaos and spending waste at the government’s second largest department, the report found that at least three VA program offices directly under Shulkin’s watch knew of “serious, persistent deficiencies” when he was VA undersecretary of health from 2015 to 2016, but stopped short of saying whether he was told about them.

Shulkin, who was elevated to VA secretary last year by President Donald Trump, told government investigators that he did “not recall” ever being notified of problems.

Declaring the problems “systemic,” Shulkin told reporters that he was not aware of the problems at the Washington hospital. He pledged wide-scale change across VA, including unannounced audits of its more than 1,700 medical facilities from health experts in the private sector, immediate hiring to fill vacancies at local hospitals and plans in the coming months to streamline bureaucracy and improve communication.

“This is the start of a restructuring effort for the Department of Veterans Affairs,” he said. “Not to act when you identify systemic failures I think would be negligent.”

Shulkin has been struggling to keep a grip on his job since a blistering report by the inspector general last month concluded that he had violated ethics rules by improperly accepting Wimbledon tennis tickets and that his then chief of staff had doctored emails to justify his wife traveling to Europe with him at taxpayer expense.

He also faces a rebellion among some VA staff and has issued a sharp warning to them: Get back in line or get out. “I suspect that people are right now making decisions on whether they want to be a part of this team or not,” he said last month.

No patient died as a result of the patient safety issues at the Washington facility dating back to at least 2013, which resulted in costly hospitalizations, “prolonged or unnecessary anesthesia” while medical staff scrambled to find needed equipment at the last minute, as well as delays and cancellations of medical procedures. The report also noted improvements made at the Washington facility since the IG’s first report in April, when Shulkin replaced the medical center’s director and pledged broader improvements.

“Failed leadership at multiple levels within VA put patients and assets at the DC VA Medical Center at unnecessary risk and resulted in a breakdown of core services,” Missal said. “It created a climate of complacency … That there was no finding of patient harm was largely due to the efforts of many dedicated health-care providers that overcame service deficiencies to ensure patients received needed care.”

In the report, Shulkin responded that he had expected issues involving patient harm or operational deficiencies to be raised through the “usual” communication process, originating from the local level and regional office to VA headquarters in Washington — and that it apparently didn’t happen.

While the IG did not make specific conclusions on whether Shulkin actually was warned by direct subordinates, it broadly faulted an “unwillingness or inability of leaders to take responsibility for the effectiveness of their programs and operations,” and cited a “sense of futility” at multiple levels in bringing about improvements.

“It was difficult to pinpoint precisely how the conditions described in this report could have persisted at the medical center for so many years,” Missal wrote.

“Senior leaders at all levels had a responsibility to ensure that patients were not placed at risk,” he said.

Shulkin has maintained White House support despite the travel controversy. He has acknowledged some mistakes in the handling of the trip and said he relied too much on the judgment of his staff to ensure full compliance with travel policies. He has since said he reimbursed the $4,000 plane ticket for his wife. His chief of staff, Vivieca Wright Simpson, has left the agency.

Several major veterans’ organizations are standing behind him as the best guardian of the VA amid a planned overhaul of the Veterans Choice program, a Trump campaign priority aimed at expanding private care outside the VA system.