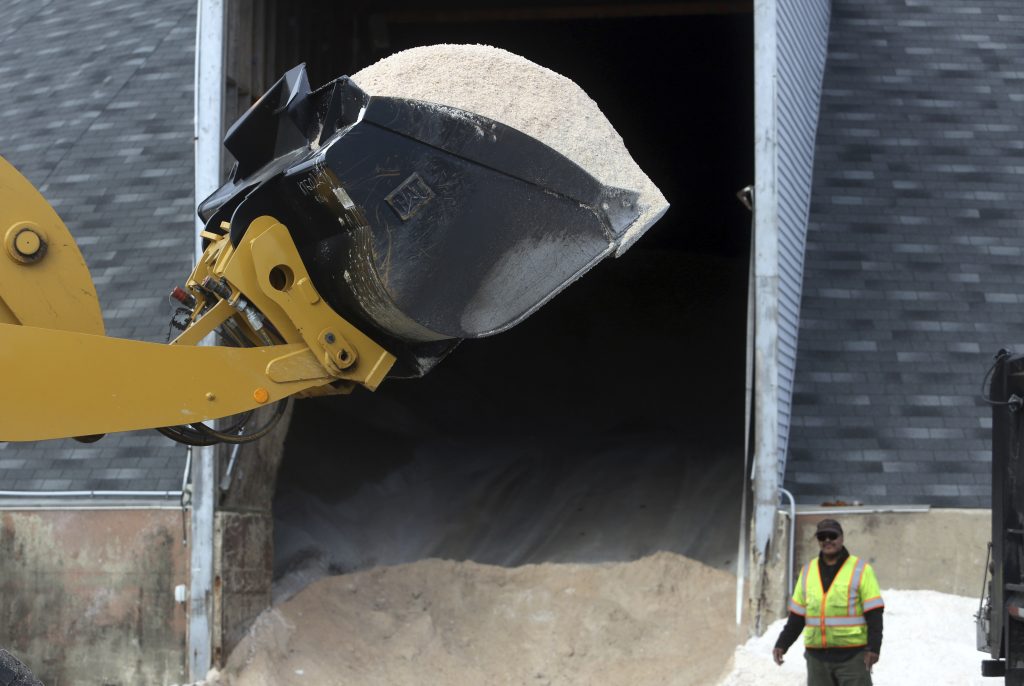 New York and surrounding states were gearing up for a second winter storm within a week on Wednesday, with less wind but more snow predicted this time around as thousands remain without power from the last nor’easter.

Between 6 and 12 inches of snow are forecast for New York City and the surrounding suburbs in New Jersey and Connecticut through Thursday morning, with wind gusts creating “near-white out conditions” for commuters, the National Weather Service said on Tuesday. By Thursday evening, it said, snow accumulations could easily surpass a foot in areas west of the I-95 corridor.

The storm will spread west into Pennsylvania and up past Boston into New England where some locations may get as much as 2 feet of snow. Snowfall may turn to wintry rain in some areas, depending on how much of the storm stays out at sea.

This week’s storm is not forecast to have the hurricane-strength winds whipped up at times by the storm last week, but forecasters say strong gusts of 60 miles per hour and accumulated snow will still be sufficient to knock down more power lines.

Some 250,000 homes and businesses in the region were still without power on Tuesday after the previous nor’easter.

Utility workers took advantage of milder temperatures and sunshine Tuesday in their scramble to restore electricity to thousands of customers around the Northeast.

Transportation departments in Philadelphia and Boston loaded up salt trucks and treated roads Tuesday, and some airlines waived ticket change fees for airports in the storm’s projected path, such as Newark, Philadelphia, Boston and New York’s JFK.

The governors of New Jersey and Pennsylvania declared states of emergency, which gives them access to support from the U.S. government if needed. New Jersey’s Department of Health warned of treacherous driving conditions.

NYC Emergency Management said the city had 234,000 tons of rock salt on hand and was deploying 693 salt spreaders. City officials advised residents to avoid roads and stick to mass transit instead.

Amtrak canceled some of its Wednesday trains between Washington and Boston as well as some services in Pennsylvania, New York State and other areas of the Northeastern and Mid-Atlantic United States.

The National Weather Service urged people to stay off the roads to allow emergency and road crews to do their jobs. Some areas will get as much as 2 to 3 inches of snow an hour. Officials advised homeowners to be careful while shoveling, saying the weight of it has been known cause heart attacks.

A slight consolation is that the storm is not expected to bring the coastal flooding like the one last week.