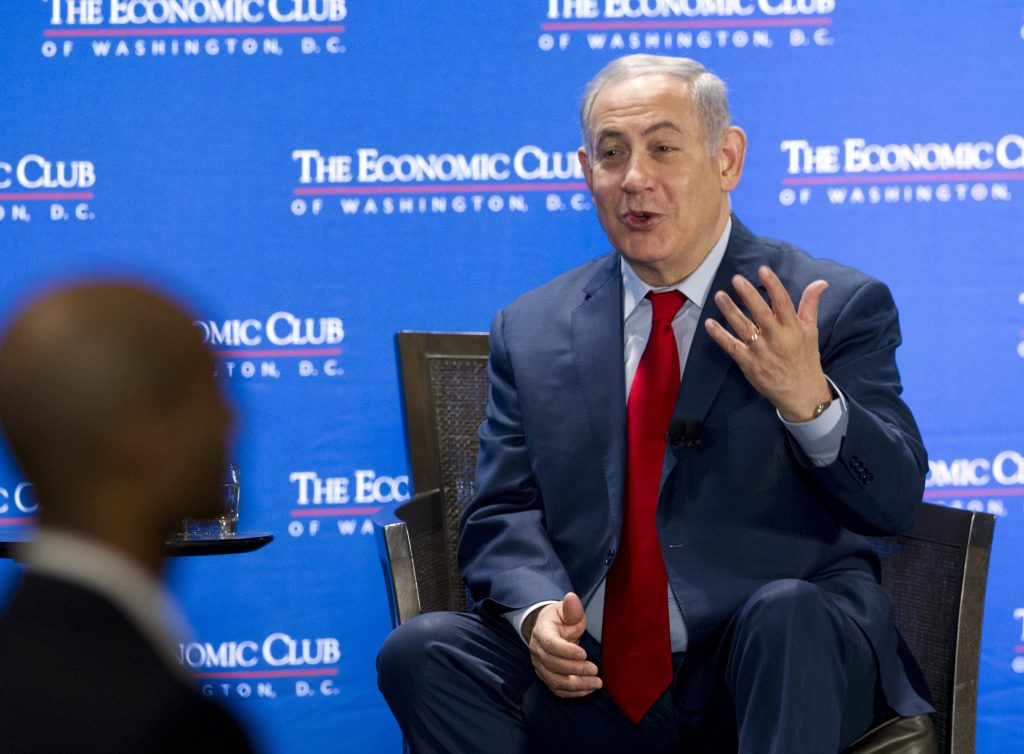 Anyone who has been wondering how Israeli Prime Minister Binyamin Netanyahu can continue to carry out the duties of his office while under a constant onslaught of police investigations had an answer on Wednesday from PM Netanyahu himself:

When it came up during an onstage interview at the Economic Club in Washington, the prime minister quipped that one of the most remarkable aspects of his job is the investigations.

When asked during an onstage interview at the Economic Club in Washington, PM Netanyahu quipped, “Oh, the investigations,” and added that “I can’t say I like it [the investigations], but it doesn’t bother me.”

He said that it doesn’t distract him from his 16-hour work day, and that he “just does it.”

He was then asked whether U.S. President Donald Trump gave him his tie, and in jest he replied “No, but if he did, there would be another investigation.”

A question about the coalition crisis elicited a more sober reply: that he wants his government to finish out its full term in November 2019. “If all parties in this coalition … agree, that’s what we do, and if not, then we will go to elections now.”

Afterwards, in a change of mood, Netanyahu posted a video comment on the issue of the state witnesses lining up against (three so far):

“When there is something real, you don’t need a single state witness, and when you have nothing, not even a thousand state witnesses will help,” Netanyahu said.

It’s “hard to believe,” he said, that in 2018 Israel, an “industry of state witnesses” exists.

“This obsessive pursuit after one state witness, then another and another just proves there’s nothing here,” he added.

Meanwhile, Public Security Minister Gilad Erdan on Wednesday rejected accusations made in recent days by some of his fellow Likud ministers that there are “political motives” driving the ever-expanding investigations, The Times of Israel reported.

Meanwhile, Public Security Minister Gilad Erdan on Wednesday rejected accusations made in recent days by some of his fellow Likud ministers, including the prime minister, that there are “political motives” driving the ever-expanding investigations, The Times of Israel reported.

The investigations “aren’t done out of political or other extraneous motives,” Erdan, whose ministry oversees the police, told Israel Radio.

“I have said many times that I back Police Commissioner [Roni Alsheich] and I reject the accusations that there are extraneous political motives driving the investigations,” he said.

Among other things, defenders of PM Netanyahu have belittled the credibility of state witnesses, who are giving testimony against him.

“I’m sometimes uneasy over state’s witnesses not receiving punishments,” Erdan conceded. “They are criminals too, they didn’t act for moral reasons and I think it’s wrong to completely exempt them from punishment.”