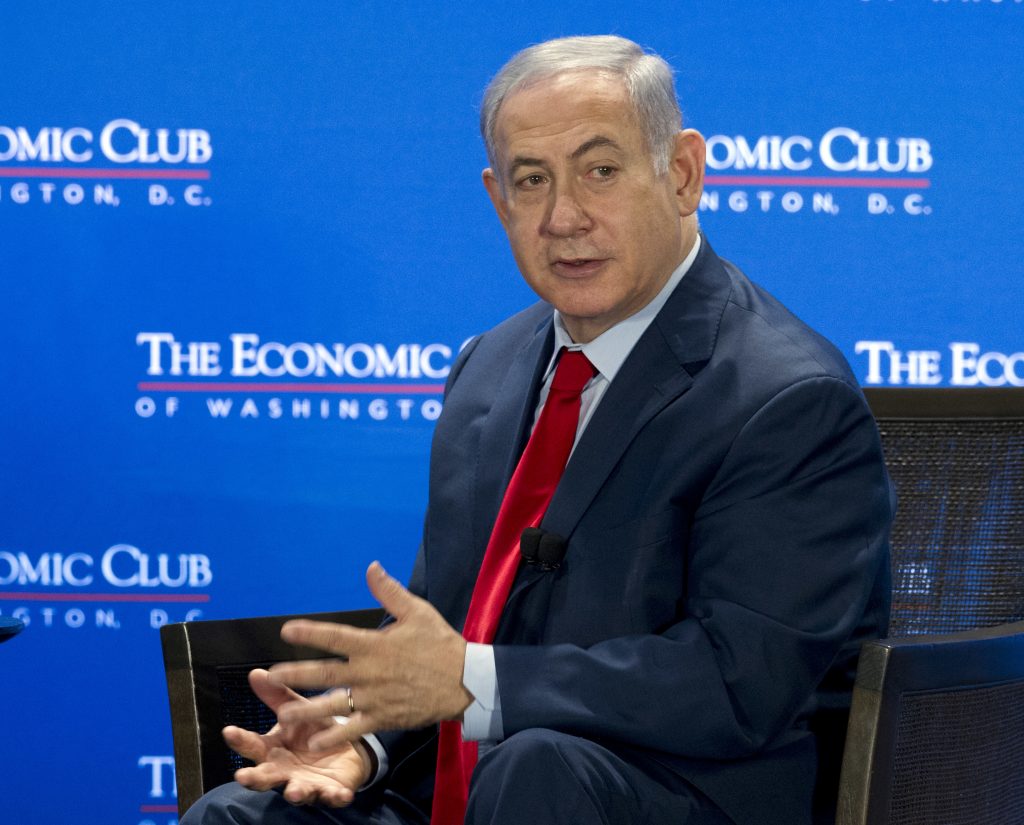 Prime Minister Binyamin Netanyahu lashed out at Israeli police investigators on Thursday, accusing them of intimidating suspects in order to turn them into state witnesses against him.

In an online posting, PM Netanyahu wrote: “They’re taking people they claim committed some offense. They take them into detention, terrify them and tell them: ‘Your life is over, your family’s life is over. We’ll take everything from you, including your freedom. You want to get out of this? There’s one way – smear Netanyahu. It doesn’t matter if you tell the truth – the main thing is you smear Netanyahu.'”

Nir Hefetz, a former chief spokesman for PM Netanyahu, signed an agreement with police to testify against the prime minister after spending two weeks in jail. Prior to the agreement, he and his lawyer complained in court that he had been thrown in a filthy, bug-infested cell and refused medical attention.

Hefetz reportedly agreed to hand over recordings of PM Netanyahu and wife Sara as part of his deal with the police. In return for testifying against Netanyahu, Hefetz was granted immunity from prosecution. In addition, during the period of his testimony, he will be housed at an isolated location. Hefetz was the third former Netanyahu aide to become a state witness in the corruption probes.

Meanwhile on Wednesday night, Hadashot aired a report that the Netanyahus had tried to set up an Israeli version of the conservative American network Fox News.

They proposed a $25 million buy-in to their potential buyers.

According to the story, Packer was in favor of making the $25 million buy-in, Murdoch was undecided, and Milchan said no.

With all this swirling around, PM Netanyahu conducted the usual round of meetings and interviews in Washington.

At the Economic Club, he answered questions about Mideast peacemaking:

“I want the Palestinians to have all of the power to govern themselves, but not the power to threaten us,” he said.

“Israel must have the overriding security responsibility for the area west of the Jordan River. Does that comport with full sovereignty [for the Palestinians]? I don’t know, but that’s what we need to live,” he said.

PM Netanyahu added that Israelis would support a peace agreement with the Palestinians “if they thought it would get them peace.”