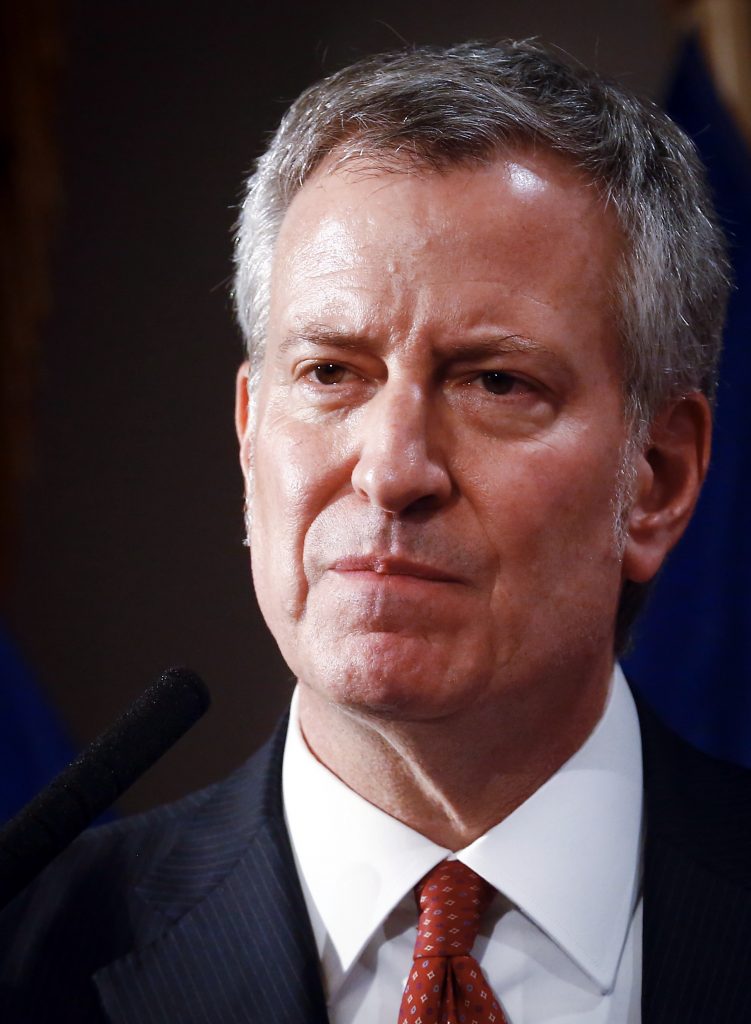 Mayor Bill de Blasio said Wednesday that a driver with a history of seizures who fatally struck two children never should have been behind the wheel.

The driver, Dorothy Bruns, 44, apparently had a seizure Monday while stopped at a red light in Park Slope. Her car drove forward and struck Ruthie Ann Miles and another mother, Lauren Lew, as they crossed the street with their children.

Lew’s 1-year-old son, Joshua, and Miles’ 4-year-old daughter, Abigail, were killed. The mothers, as well as Bruns, are hospitalized in stable condition.

“This should never have happened,” de Blasio said at a news conference.

Bruns had a valid driver’s license, but was stripped of it after the collision. Police and Brooklyn prosecutors were looking at Bruns’ medical records, bloodwork and driving record, but unless a doctor advised her not to drive, she may not face charges, they said.

City records show the vehicle Bruns was driving had been cited four times in the past two years for running red lights and another four times for speeding through school zones.

“She should never have been allowed to have been driving a car after what we know of these other violations,” said de Blasio, who has a home a short walk from where the accident happened. “I share the frustration of many in my community. I wish she was under arrest right now. I certainly believe measures need to be taken to ensure she will not drive a car anymore.”

De Blasio said he would announce sometime next week measures to help guard against similar deaths in the future. One of his signature policies has been Vision Zero, a traffic-safety campaign.

“People who get behind the wheel of a car need to understand that they have a weapon in their hands,” he said.