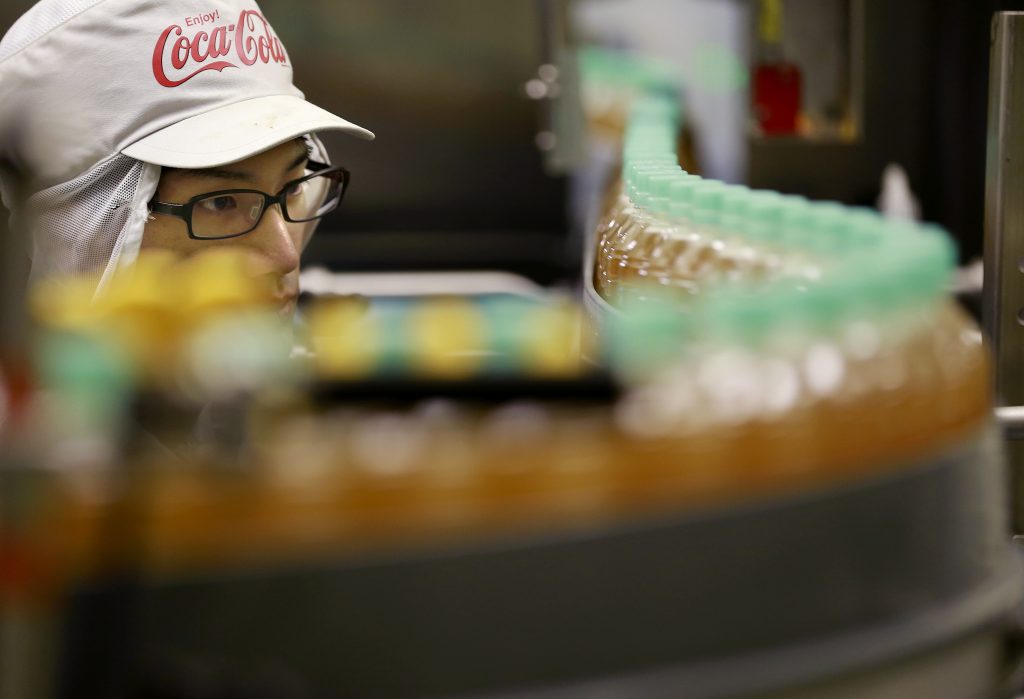 Coca-Cola may be getting into the booze business again by developing a bubbly alcoholic drink in Japan.

The soda maker, best known for Coke, Sprite and Fanta, says it’s experimenting with a canned beverage that would be a mix of sparkling water and an alcoholic Japanese drink. The Atlanta-based company declined to say when the drink may launch or what it would be called.

Coca-Cola Co. sold wine about 40 years ago, but got out of that business in 1983. Last year, it launched a line of fruity alcohol mixers in Spain.