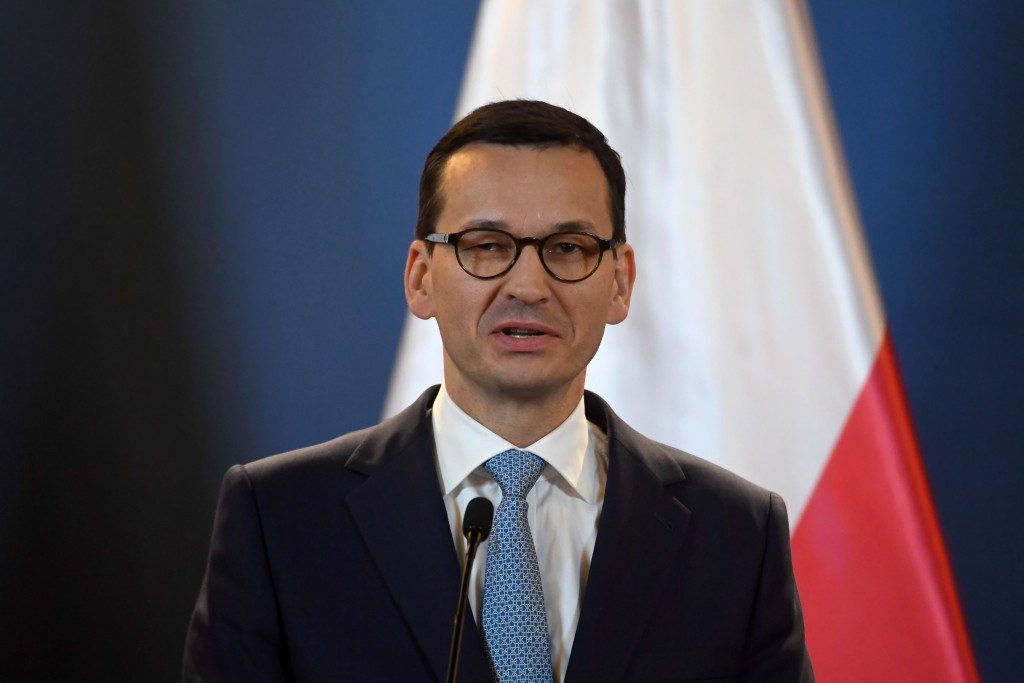 In April 1993, to mark the 50th anniversary of the Warsaw Ghetto Uprising, I was supposed to join a flight with Yitzchak Rabin, z”l, then the prime minister of Israel. We were to travel to Poland and make stops at all the places where my mother, a survivor of the last transport from the Warsaw Ghetto, had passed through. My mother was very moved by the idea that her daughter, who had established a home and family in Israel, would join the Israeli prime minister in all the places where her life had hung in the balance. Warsaw. Majdanek. Birkenau-Auschwitz.

A few days before the trip, her heart began to race wildly. “It’s Poland,” the devoted cardiologist and a friend of the family explained to me. With regret, I canceled my trip. My mother was also upset. She felt like she’d missed out on another opportunity for sweet revenge. But a few weeks later, she admitted, “I was afraid they would settle accounts with you.”

I felt bad, but I didn’t understand. We, born in Israel — or outside of Israel — after the war do not understand the story of the relationship between the Jewish nation and the Polish one. Our parents and grandparents did understand it. On a stage in a conference in Munich, Ronen Bergman, a courageous journalist, related the heartrending story of his mother. He expected some sympathy, some pain, understanding and solidarity. His mother had gone through the war as a child, and was saved after she heard the neighbors planning to inform on her family. Most of her family perished because their Polish neighbors turned them in. And they were not the only ones. “Would they imprison me if I told this story?” the journalist asked.

The Polish prime minister Mateusz Morawiecki, sitting across from him on the stage in Munich, of all places, didn’t bat an eyelash. Instead of empathy, he launched into a delusional distortion of history, in a toneless voice. He assailed the innocent victims — whose ashes were scattered on his land in macabre cooperation with the German, Polish, Ukrainian and Romanian murderers — with accusations that they never were and never will be able to reply to. They were Jewish war criminals, he said. They are to blame.

The prime minister of Poland continued without blinking. Because his thesis is part of an agenda. He flippantly offered delusional numbers. Six million Poles were murdered in World War II, he said — and forgot to note that three million of them were Jews. And he added that 30,000 Jews from the Warsaw Ghetto found refuge on the Aryan side. How did my family miss out on that opportunity? According to Yad Vashem, the real number is 20,000 and, in any case, only about half of them survived the war, living the entire time in deathly fear of being informed on. The rest were reported, murdered because they had fallen prey to the German promises.

True, the Polish prime minister has claimed in the past that he had a Jewish aunt who was saved by the Poles. But does that give him the right to distort the past?

The death camps were not Polish. They were German. And the blame of the German nation in destroying six million holy Jewish souls will never be forgotten. But Poland was the only country that lost such a huge percentage of its Jews in the Holocaust (3 million out of 3.5 million) and nearly 3 million (including one million Jews outside Poland) were murdered in death camps (with gas chambers) that were built only on its land.

Present-day Poland has an agenda, as reflected by the prime minister’s remarks and the laws that have been raised one after another. They go hand-in-hand with the national tradition of anti-Semitism. Therefore, it falls on attentive ears, although not all Poles agree, of course, with the sentiments of their leaders. Years of tradition are joining a new global trend of anti-Semitism — hatred of Israel because of the Palestinian issue.

It starts with the assumption that the Holocaust has already become a “tired” subject, and even one to avoid, especially among the younger generation that doesn’t know what happened. This is compounded by the considerations of whether it is worthwhile for the Polish nation. The Poles have turned themselves into “fellow victims,” compatriots of the Jews in their suffering, and as such, why should they not get the huge Jewish assets still in Poland as compensation? Let’s not forget the Jewish cemeteries that are valuable pieces of real estate; the cities and towns in Poland are setting their eyes on these areas, destroying them and annexing them. We are too quiet.

And let’s ask ourselves: Aren’t we at fault? Don’t we travel too much to Poland? In Israel the low-cost flights have turned Poland into a tourist and shopping main attraction. Does this not encourage the Poles to think that the younger generation of the Jewish people will tolerate everything?

And the solution? I don’t have the magic formula to wash away impressions and actions of more than 100 years. I don’t even have an idea of a crash history course for the prime minister, who is advancing his national interests at the expense of the memory of the Jews of Poland who lived in his land for hundreds of years and were slaughtered despite their innocence.

Perhaps, we should not hurry to travel incessantly to Poland.

A version of this article appeared in Yediot Aharonot.