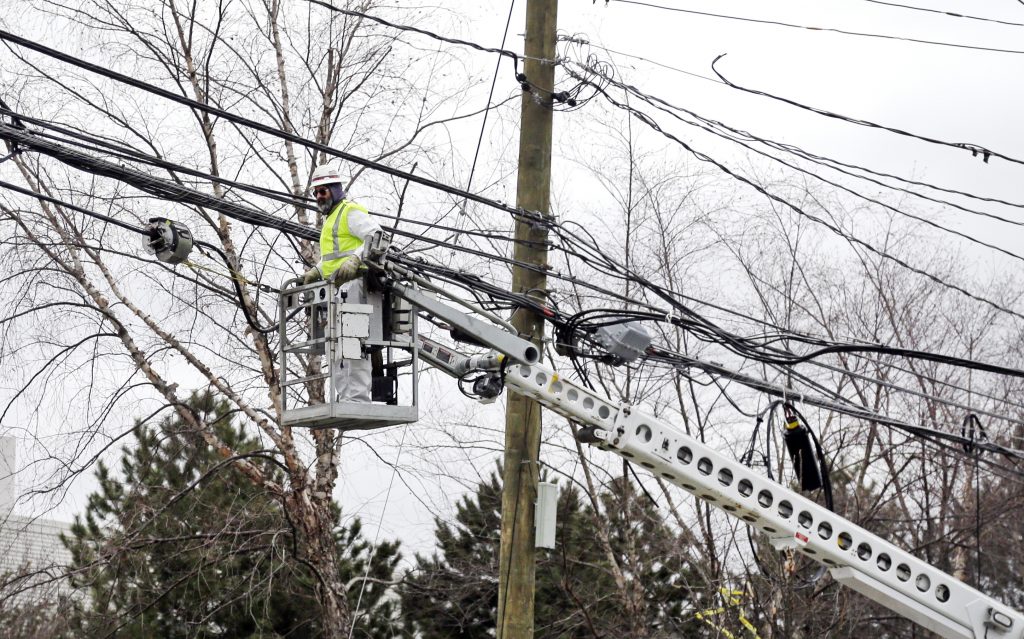 Utilities across the Northeast raced Tuesday to restore power to tens of thousands of customers still without electricity after last week’s storm as another threatens the hard-hit area with heavy snow, high winds and more outages.

The National Weather Service has issued a winter storm warning that stretches from eastern Pennsylvania to most of New England, from late Tuesday night into Thursday morning.

More than a foot of snow is forecast for some interior areas, the weather service said.

“The snow will be fairly wet and heavy, so that combined with wind could lead to additional power outages,” Joe Dellicarpini, a meteorologist with the National Weather Service office in Taunton, Massachusetts, said.

With snow expected to fall at the rate of 2 to 3 inches per hour during the Wednesday evening commute, “travel will be very difficult to impossible” with “significant reductions in visibility at times,” the weather service said.

The storm is not expected to bring the coastal flooding like the one last week. Some New England coastal communities still are underwater from the earlier storm.

About 200,000 homes and business across the Northeast remain without power, down from about 2 million at the last storm’s peak.

Even as crews for Eversource work to restore power in hard-hit areas of southeastern Massachusetts, the utility is planning for the next hit, spokesman Mike Durand said.

“We have an abundance of crews and support personnel already in place,” he said.

The Northeast isn’t the only region experiencing harsh winter conditions.

Parts of the Dakotas remain under blizzard and winter storm warnings. A storm that dropped a foot of snow in some areas forced the shutdown of interstate highways, schools and state offices. A 215-mile stretch of Interstate 90 in southeastern South Dakota remains closed.