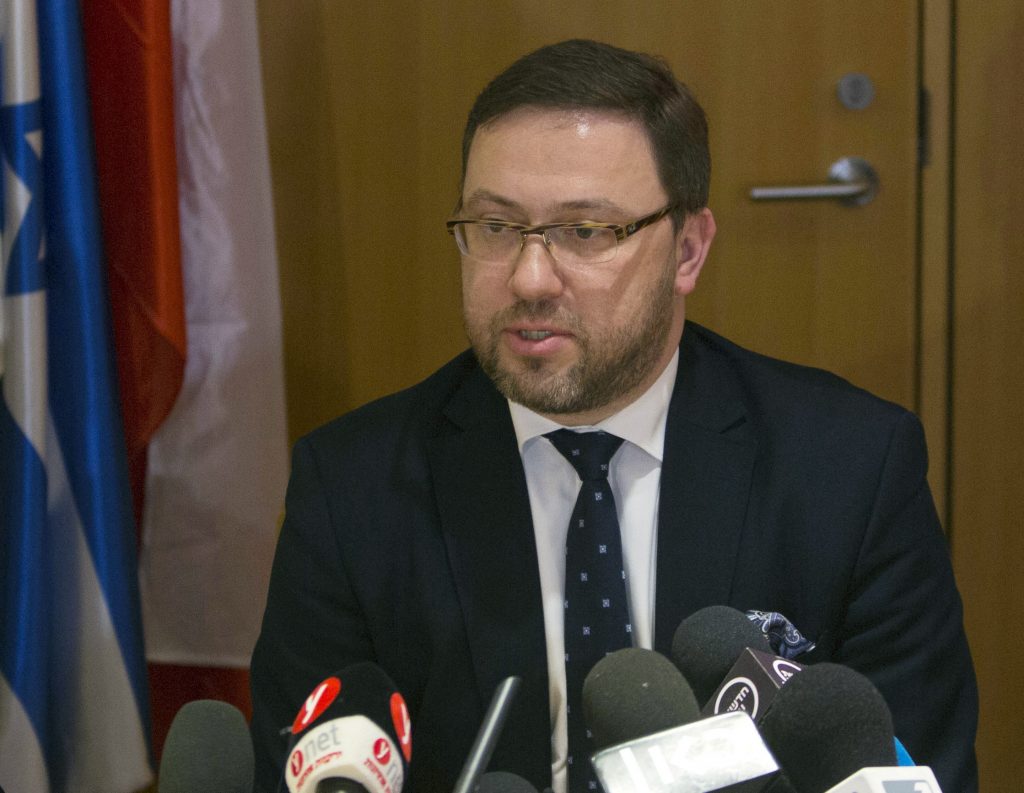 Poland’s row with Israel over its new Holocaust law has now been compounded by diplomatic friction with the United States over the same issue, according to media reports on Tuesday that Polish officials might not be welcome at the White House.

Poland’s leaders will not be allowed to meet with U.S. President Donald Trump or Vice President Mike Pence until the law is repealed, Politico said, citing a Polish news source, Onet.

The story was denied later on Tuesday by Poland’s Foreign Ministry.

Bartosz Cichocki, the deputy foreign minister, acknowledged that Washington has been expressing “concerns and questions” about the law, but said reports of sanctions are untrue, The Associated Press reported.

In an internal document obtained by Onet, Wess Mitchell, U.S. assistant secretary of state for European and Eurasian affairs, said the new law was unacceptable because it violates freedom of expression. The law bans statements blaming Poland for crimes committed by Germany on Polish soil during World War II, and has been met with outrage by Israeli officials, including Prime Minister Binyamin Netanyahu, who accused Warsaw of attempting to whitewash history.

The falling out with Warsaw might go further than denying access to American leaders. State Department officials also reportedly warned that the U.S. might withhold funding for joint military projects in Poland because of the law, including the stationing of U.S. troops in the country as part of NATO defense efforts.

Secretary of State Rex Tillerson put Poland on notice, according to the report, saying that there will be “no high-level bilateral contacts between countries until the crisis gets solved” and warned that if Polish prosecutors bring charges against any American citizen for violating the law, consequences for Poland would be “dramatic.”