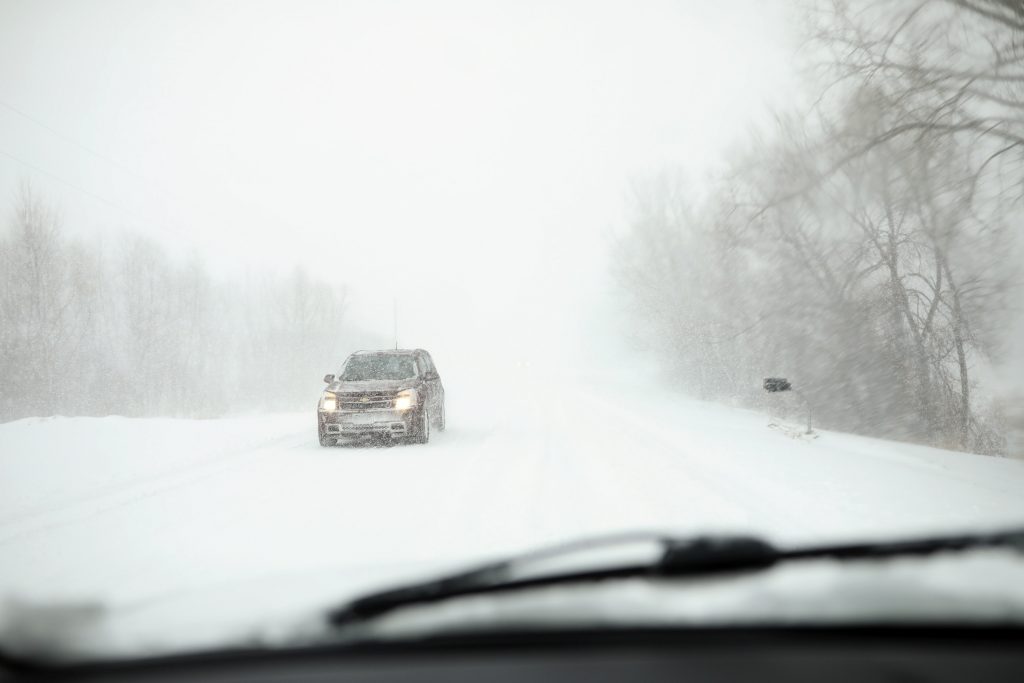 A winter storm warning has been issued ahead of a potential nor’easter that could bring as much as a foot of snow, heavy rain and wind to the Tristate area yet again.

The large storm brought freezing rain, heavy snow and strong winds to a large swath of the Midwest on Monday, snarling traffic and forcing the closure of some schools and government offices.

Parts of the Dakotas were expected to get more than a foot of snow by the time the system moved east on Tuesday, with Minnesota, Nebraska and Iowa also getting significant amounts, according to the National Weather Service.

The storm system rolled in from the Pacific and is making its way to the East Coast. By Wednesday it could be causing more problems for the Northeast, which is cleaning up from a weekend nor’easter, said Frank Pereira, a meteorologist with the weather service’s Weather Prediction Center in College Park, Maryland.

The system by midweek also was expected to cause more problems for the Northeast, which is dealing with the aftermath of a destructive and deadly nor’easter. The nor’easter knocked out power to more than 2 million homes and businesses, flooded coastal towns and forced a number of school districts to cancel classes. It was blamed for nine deaths from Virginia to Massachusetts.

Though it’s too early to detail specific impacts of the storm that will move east out of the Midwest, “this looks to be a significant event for at least a portion of the Northeast,” Pereira said. “A good swath of 6 to 12 inches of snow may fall across portions of the Northeast, and may include the Boston and New York areas.”

The storm that dumped heavy snow on the northern Plains will fizzle over the eastern Great Lakes and central Appalachians Tuesday into Tuesday night. However, the storm is projected to reorganize and strengthen along the coast as many storms often do from Wednesday into Thursday.

Residents who had their power restored early this week may find themselves back in the dark at midweek. High-profile vehicles may have difficulty navigating the high bridges in New York City and Boston.

Accumulating snow is forecast to reach Baltimore, Philadelphia, New York City and even Boston. A heavy amount of snow, enough to shovel and plow, is projected in the swath from northern Delaware and southeastern Pennsylvania to metro New York City, central Connecticut and central Massachusetts.

AccuWeather said that the weekend storm dumped as much as 18 inches of snow on parts of New York State and Pennsylvania.