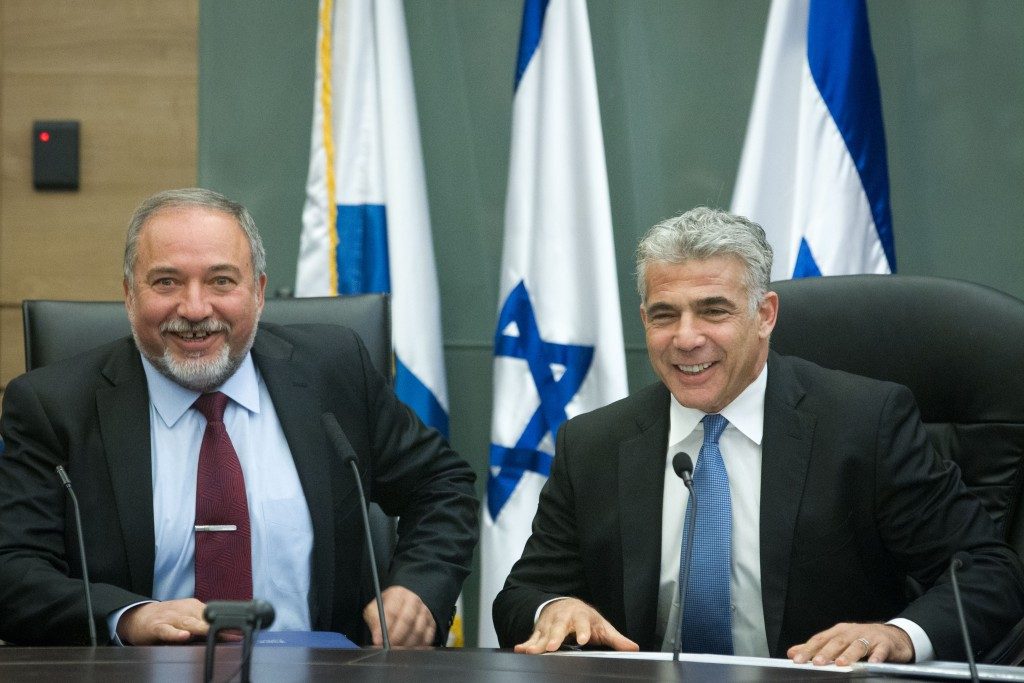 On boarding his plane for Washington this week, Israeli Prime Minister Binyamin Netanyahu left behind two major headaches. One is a series of fraud probes involving him and his wife and the other a coalition crisis that, if left unresolved, will bring early elections.

At issue is a nonissue: Passage of an amendment that enshrines Torah study as a basic value of the State of Israel, making it possible to continue granting draft deferrals to yeshivah students.

First, all parties signed a coalition agreement explicitly calling for such an amendment (made necessary by a Supreme Court ruling that the existing law on deferments for yeshivah students is “discriminatory”).

Second, the chareidi parties are saying they won’t vote for the 2019 budget unless the coalition first passes the draft law amendment, in keeping with the instructions of the Gedolim, who understand that once the budget is passed, there will be no pressure on the coalition parties to keep their commitments. But that shouldn’t precipitate any immediate crisis, since the budget needn’t be passed until the end of December (and beyond, as it’s possible to get an extension).

The obvious solution is to drop the artificial deadline for the budget and take the time to rally support for the draft law. Crisis solved.

Third, it is clear that no one in the coalition wants early elections. Defense Minister Avigdor Liberman, head of Yisrael Beyteinu, has his dream job. He’s getting a chance to show that he understands security — a critical requirement if he wants to run for higher office, which he does.

The same holds true of the other coalition partners. Moshe Kachlon has the Finance Ministry and control of all the key posts that set policy on housing, while Naftali Bennett’s Bayit Yehudi party has two key portfolios, Education and Justice, with Agriculture thrown in for good measure.

None of the coalition partners has any realistic expectation of improving their position in a new government, so why risk elections?

Logically, there should be no crisis. The partners should understand that the chareidi parties kept their word and voted for things they were not enthusiastic about, and that now it’s their turn to reciprocate.

So what’s all the fuss about? It appears that Liberman, whose poll numbers are down despite his prestigious position, is looking for a way to improve his political fortunes. And so, instead of fostering unity, which doesn’t get him the attention he needs, he is fomenting anti-chareidi sentiment and casting himself as the great defender of the secular public, especially his electoral base of Russian immigrants.

Liberman’s behavior is reprehensible on two counts. First, he has no right to renege on signed agreements. He can’t insist that the chareidi parties vote for his bill on the death penalty for terrorists — which did nothing but create ill will for Israel in international circles — and then not back the draft law.

Second, his demeaning attacks on the religious crossed red lines. In a pathetic attempt at Purim humor, he dressed in an IDF uniform, and, donning a black kippah and peyos, proclaimed, “When the month of Adar enters, we enlist with joy.”

He then proceeded to nominate Deputy Health Minister Yaakov Litzman for the Sayeret Matkal elite army commando unit and Knesset Finance Committee Chairman Moshe Gafni for the Shayetet 13 naval commando unit. As if Liberman, the corporal who did a year of reduced service guarding civilian communities in Yehudah and Shomron, knows anything about elite units.

That politicians don’t keep their word is nothing new. But that they stoop to mockery and stereotypes is unacceptable, and Liberman should be called to task for it by the prime minister.

Another politician who crossed red lines was Yair Lapid, a member of the opposition who heads the Yesh Atid party. Earlier this week, he led a demonstration in Tel Aviv against the proposed amendments to the draft law.

Compounding his ignorance was his dishonesty. Flanking Lapid at his demonstration was a person dressed in chareidi garb, holding up a sign reading “Real believers [in G-d] do not dodge the draft,” and giving the impression that chareidim support Lapid.

However, it turns out the “chareidi” man was actually a secular Yesh Atid member in disguise who had appeared with Lapid at other events.

Party officials, embarrassed at having been caught at the cheap ruse, try to justify themselves. “After checking, it turned out that the young man was an activist of Yesh Atid who had decided to disguise himself as chareidi as part of the demonstration against the draft-dodging law,” they said in a statement.

But demeaning mockery — whether directed at specific immigrants groups, chareidim or Arabs — has no place in a healthy society.