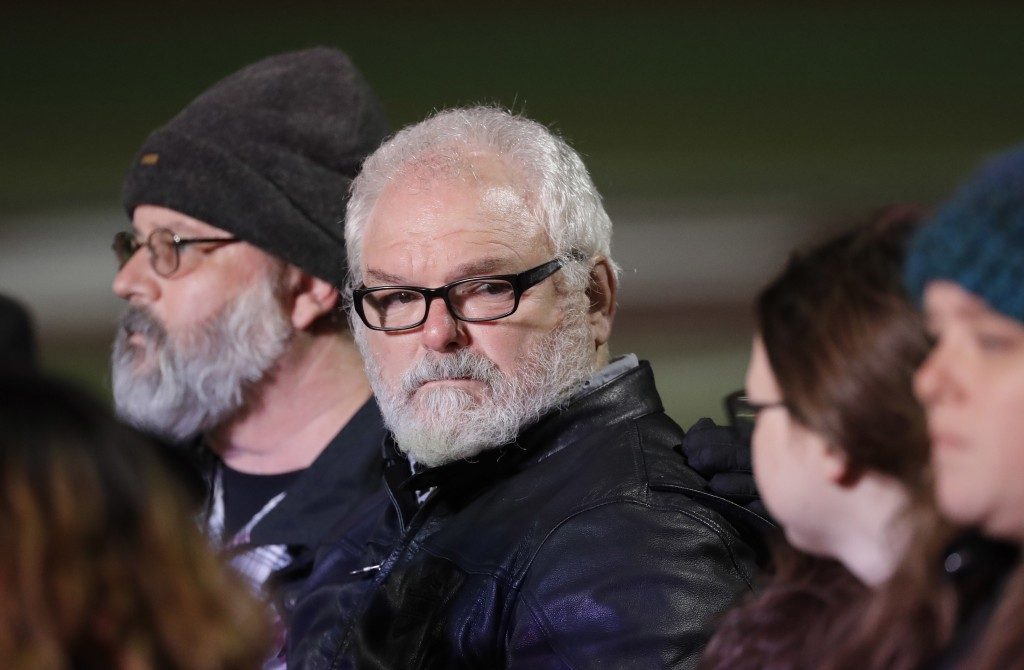 A few weeks before the school shooting in Parkland, Fla., Democratic Rep. Henry Cuellar (Tex.) invited a special guest to attend the State of the Union address: Stephen Willeford, the hero who just months earlier had stopped a mass shooter at the First Baptist Church in Sutherland Springs, Tex.

An ordinary citizen who heard the shots from his home across the street, Willeford grabbed his weapon, ran to the scene barefoot (knowing every second he delayed could mean another life lost) and exchanged fire with the gunman, wounding him in the leg and torso. When the killer jumped into his vehicle to escape, Willeford stopped a passing vehicle and followed in hot pursuit until the shooter crashed his car and shot himself in the head.

Willeford says he’s not a hero. “I’m no brave man. I was terrified,” he said after the shooting. But, he added, “I was there when nobody else was.” Thank G-d he was.

Here’s something else you need to know about Willeford. First, he is a long-time National Rifle Association instructor; it was his NRA training that allowed him to subdue the shooter. Second, the weapon he used to stop the killing spree in Sutherland Springs was an AR-15, the very weapon gun-control advocates now want to ban. Without an AR-15, he says, he might not have stopped the killer. “If I had run out of the house with a pistol and faced a bulletproof vest and Kevlar and helmets, it might have been futile,” he said. Because of his weapon, his training and his courage, countless lives were probably saved.

They could have used a Stephen Willeford in Parkland.

Keep his story in mind as you watch the current movement to boycott the NRA and ban so-called assault weapons. In the wake of the Parkland shooting at least a dozen companies, including United Airlines, Delta, Best Western and First National Bank of Omaha, have joined the NRA boycott. Chubb Limited insurance even announced it would cancel a program, “NRA Carry Guard,” which provided insurance for NRA members who faced lawsuits for using their weapons in self-defense. When companies do this, they are not boycotting lobbyists in Washington; they are boycotting upstanding citizens such as Willeford. He and his fellow gun owners deserve better.

The NRA is a grass-roots organization made up of millions of decent, patriotic Am`ericans who believe that guns in the hands of law-abiding citizens make our country safer, not more dangerous. To suggest that it is responsible for what happened in Parkland is obscene. Police officers were called to shooter Nikolas Cruz’s house on 39 separate occasions since 2010. The FBI was warned about the shooter in January and failed to adhere to its own procedures to follow up. An armed sheriff’s deputy was on the scene at the shooting, but he failed to act. And yet somehow the NRA is at fault? Please.

The NRA is far from perfect. I’ve criticized the NRA leadership’s resistance to legislation banning “bump stocks.” And there is nothing sacrosanct about the age of 18 for buying certain guns (or voting for that matter).

But NRA members have done more to prevent gun deaths, and promote firearms safety, than any other citizens’ association in the country. When Democrats respond to shootings like the one in Parkland by demonizing the NRA and calling for a ban on weapons such as the AR-15 that are critical to Americans’ right to self-defense, they send a clear and unmistakable message to millions of gun owners across the country: We don’t respect you or your gun rights. This makes it harder to reach bipartisan agreement on solutions that could improve public safety without threatening the fundamental constitutional right of Americans to keep and bear arms.

We all want to keep guns out of the hands of mentally unstable people such as Nikolas Cruz. But we should all want to keep guns in the hands of responsible citizens such as Stephen Willeford. That’s not the case today. Willeford deserves a medal, not a boycott. If corporate America can’t figure that out and continues capitulating to the NRA boycott movement, maybe it is time for gun owners to boycott them.