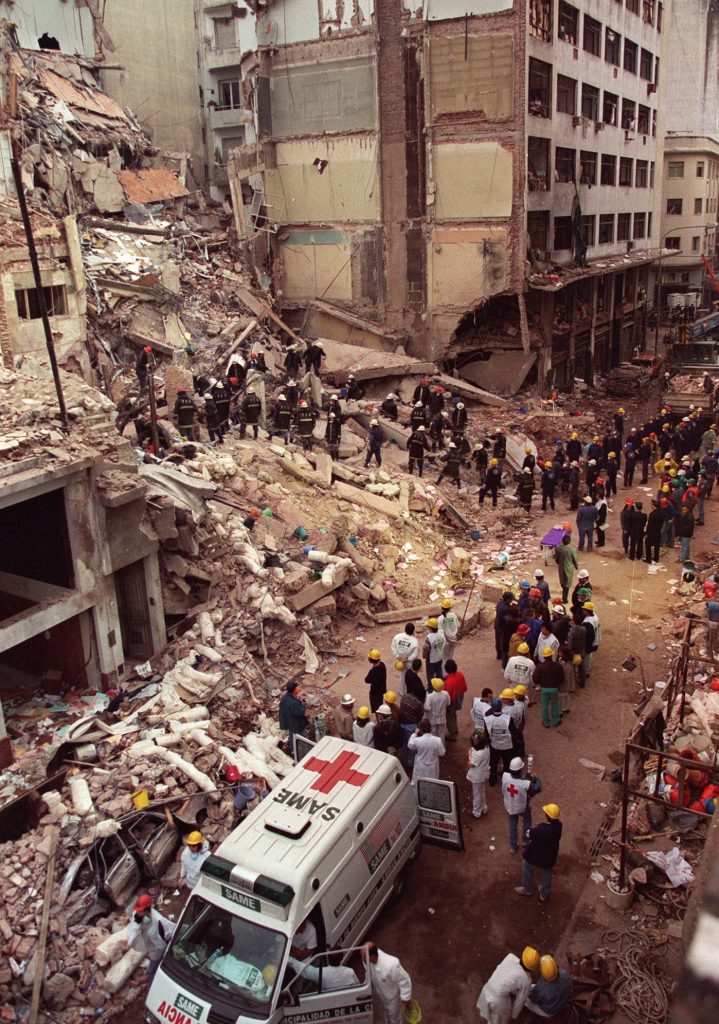 Former President Cristina Fernandez will face trial on charges that she covered up the role of Iranians in a 1994 terrorist bombing at a Jewish center in Argentina’s capital, judicial authorities announced Monday.

Eleven other former officials and people close to Fernandez’s government will also be tried on charges of cover-up and abuse of power, Federal Judge Claudio Bonadio said in a ruling released by Argentina’s official CIJ Judicial Information Center.

The trial date has not been set.

So far, four of the accused have been detained. In December, Bonadio asked lawmakers to remove Fernandez’s immunity from prosecution, which she gained last year when she was sworn in as a senator. Legislators have not acted on the request. The immunity protects her from being arrested, but she can still be tried.

Fernandez, who was president in 2007-2015, denies any wrongdoing or involvement in any cover-up involving Argentina’s worst terror attack. The 1994 bombing of the Argentine Israelite Mutual Association center in Buenos Aires in Buenos Aires killed 85 people and wounded hundreds. Iran denies any involvement.

The judge backed an assertion against Fernandez made on Jan. 14, 2015, by Alberto Nisman, a prosecutor who was investigating the case. Nisman said the 2013 agreement that Fernandez’s government made with Iran in exchange for favorable deals on oil and other goods ensured that Iranian officials involved in the attack would escape prosecution.

Nisman was found dead in his apartment with a bullet wound in his right temple four days later. His case remains unsolved. But last year, an investigation by Argentina’s border police agency concluded that Nisman was murdered, contradicting earlier official findings that Nisman likely killed himself.

Fernandez, a left-of-center politician, blames the accusations against her on what she says is the bias of judges following the orders of her conservative successor, President Mauricio Macri. She recently said she wanted to go on trial as soon as possible to prove the “arbitrariness of the accusation.”

Fernandez has defended the 2013 deal with Iran as a way to solve the bombing case. But Jewish groups and others criticized it at the time, saying Tehran had failed to turn over suspects. A joint “truth commission” called for by the deal was approved by Argentina’s Congress but it was never formed because it was later ruled by local courts to be unconstitutional.