General At AIPAC, Netanyahu Takes Aim at Iran, Thanks U.S. for Support 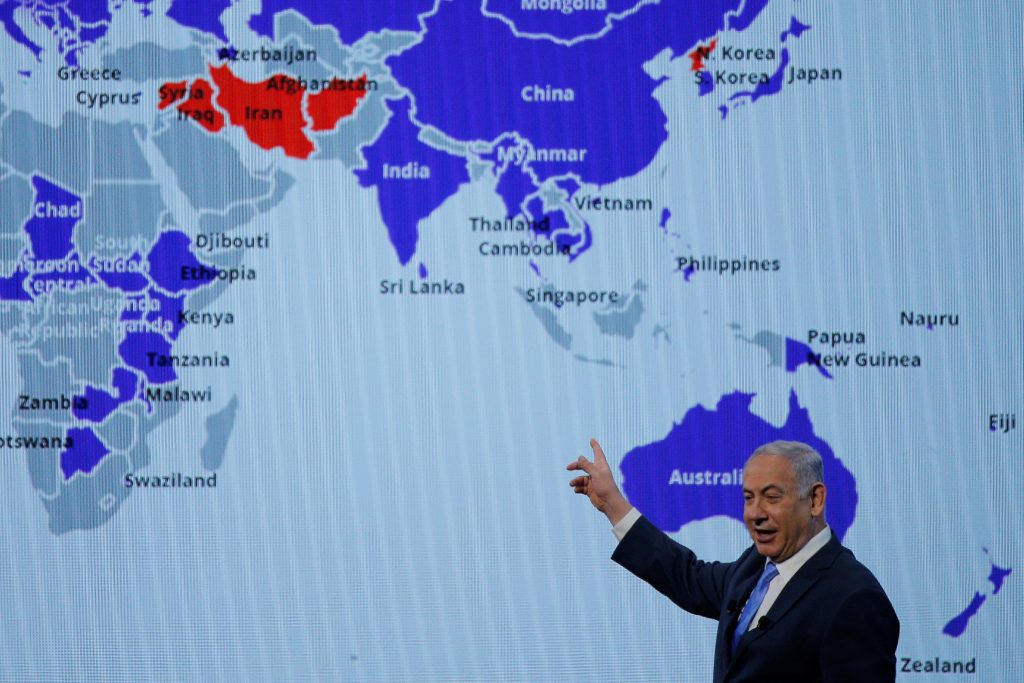 Speaking at the annual AIPAC policy conference in Washington on Tuesday, Prime Minister Binyamin Netanyahu said that Iran is responsible for the “darkness descending” on the Middle East by building an anti-Israel empire.

“Darkness is descending on our region,” Netanyahu said, blaming the “radical tyranny” in Iran for a litany of malevolent acts in Lebanon, Syria and Yemen and of continuing to seek Israel’s destruction.

“We must stop Iran, we will stop Iran,” he said. Netanyahu renewed his attack on the 2015 Iran nuclear deal, saying it had made the world more dangerous. And, he praised President Donald Trump for threatening to withdraw from the accord if it isn’t toughened.

He recalled that he had warned the Obama administration, which negotiated the deal under which Iran received billions of dollars in sanctions relief in exchange for curbs on its nuclear program, that the agreement would not make Iran a more responsible member of the international community.

Instead, he said that as he predicted the sanctions relief had made Iran “more extreme and belligerent.”

Netanyahu’s comments came a day after he met Trump at the White House and thanked him for his decision to recognize Jerusalem as Israel’s capital and move the U.S. Embassy there.

“It is especially great to be in America’s capital now that (Trump) has recognized Jerusalem as Israel’s capital,” he said. “Thank you, President Trump for that historic decision.”

Trump has said his team is working on a peace proposal but it has remained a mystery and there is no timetable for it to be presented.

Netanyahu said he was willing to work with Palestinian leader Mahmoud Abbas to end the conflict but demanded that he first stop paying stipends to the families of Palestinians killed or jailed for committing anti-Israel acts.

“I have a message for President Abbas: stop paying terrorists,” he said.