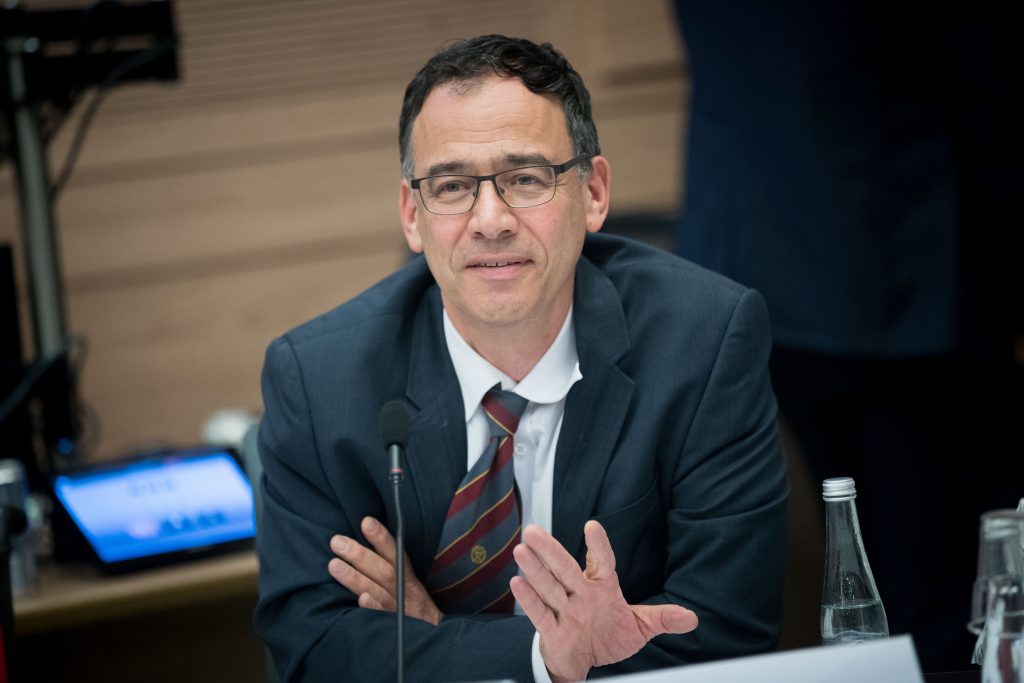 State Prosecutor Shai Nitzan sought to play down the importance of the alleged collusion between a judge and a state lawyer in the Bezeq case on Monday, saying it was an exception to the rule, The Times of Israel reported.

While conceding that Judge Ronit Poznansky-Katz’s conduct had been “very, very inappropriate,” Nitzan stressed in a special session of the Knesset’s Constitution, Justice and Law Committee that “this is an exceptional incident, and I am not aware of a similar one.”

“Even the district prosecutors aren’t aware [of similar exchanges] and we must be very careful not to throw out the baby with the bathwater.”

“There are exceptions in every system, and we must be careful not to call it the norm,” he said.

His comments came a day after the president of the High Court Esther Hayut announced an official inquiry into the relationship between judges and law enforcement officials.

Indicating that the Poznansky-Katz case may not in fact be so exceptional, Hayut noted that a preliminary investigation had revealed “a series of personal and systemic failures.”

The committee chairman, Jewish Home MK Nissan Slomiansky, declared that “when a judge and a prosecutor coordinate between them, that is the end of the world,” since it could undermine public trust in the integrity of the judicial system.

If Israelis lose faith in the legal system, “I fear for the fate of democracy,” he said.

Judge Eliezer Rivlin, the ombudsman handling complaints against judges, ruled there would be no criminal proceedings against Poznansky-Katz, but recommended that she face a disciplinary hearing over her “highly inappropriate” handling of the case, in which she had rehearsed her “surprised” reaction for a remand hearing with an attorney for the Israel Securities Agency before the request for extension of remand of suspects was made.