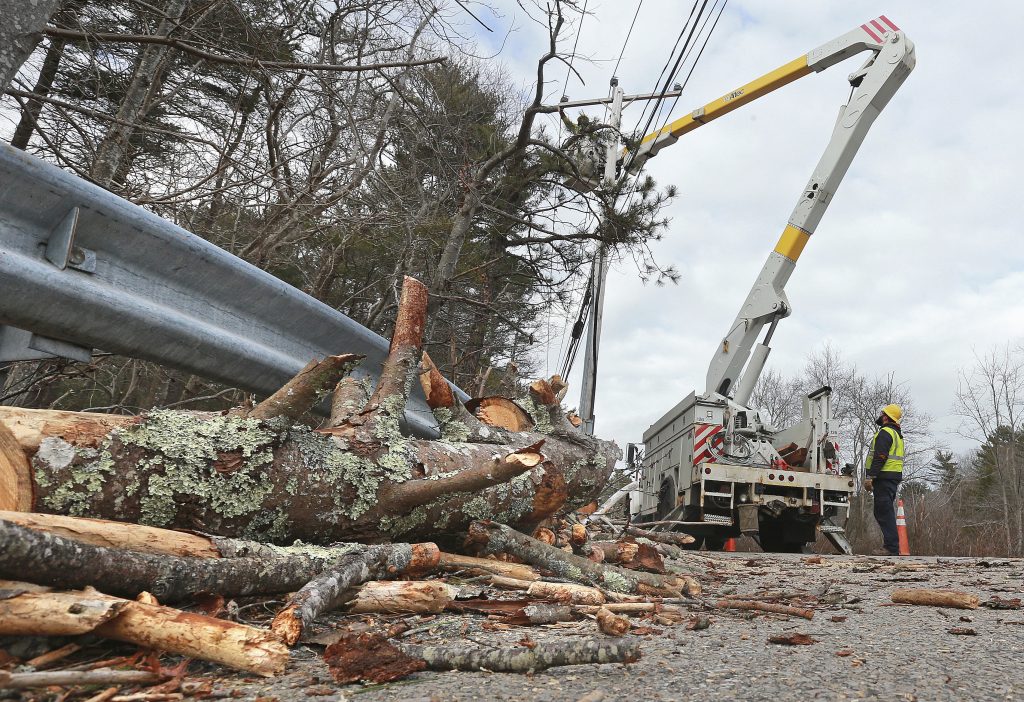 Power is slowly being restored in the hardest-hit areas of the East Coast, days after a destructive nor’easter downed trees and power lines, flooded coastal towns and forced a number of school districts to cancel classes — all with another storm forecast for midweek.

Residents from Virginia to Massachusetts faced a massive cleanup Monday following the storm, which was blamed for nine deaths, including two children struck by trees. Utility crews worked around the clock to restore power to the affected areas, as nearly 300,000 struggled without electricity. At the height of the storm, more than 2 million homes and businesses were without electricity.

Three days after the storm, some residents were still unsure when they could return to their homes.

The storm pounded the Eastern Seaboard with a combination of gusting winds, rain and snow, and coastal communities were left to deal with damaging high tide flooding as powerful waves and churning surf pounded shorelines and beachfront homes.

Even as the cleanup is underway, the forecast is for another storm to churn up the coast midweek.

Dozens of Massachusetts schools remained closed, most in coastal areas south of Boston, which bore the brunt of the storm.

In Pennsylvania, 100,000 were waiting for power to be restored as hundreds of crews worked to clear trees and repair power lines. Officials said some customers may not have service restored until at least Tuesday. At the peak of the storm, roughly 587,000 customers were without power. Some schools were closed, while others were delaying their opening.

In New Jersey, more than 75,000 were without electricity Monday, and it could take another day before all service is restored. The hardest hit area was northern New Jersey. Some schools were closed amid numerous downed trees and power lines and flooding.

Nearly 50,000 people in the Washington were without power Monday, and some might not have service restored for a few more days. The vice president of technical solutions at Dominion Power, Kevin Curtis, told WTOP-FM that last week’s storm was a “top five event” as far as the number of customers affected, which totaled almost 70,000 homes and businesses. He says about 25 percent of the company’s system was affected by the storm.