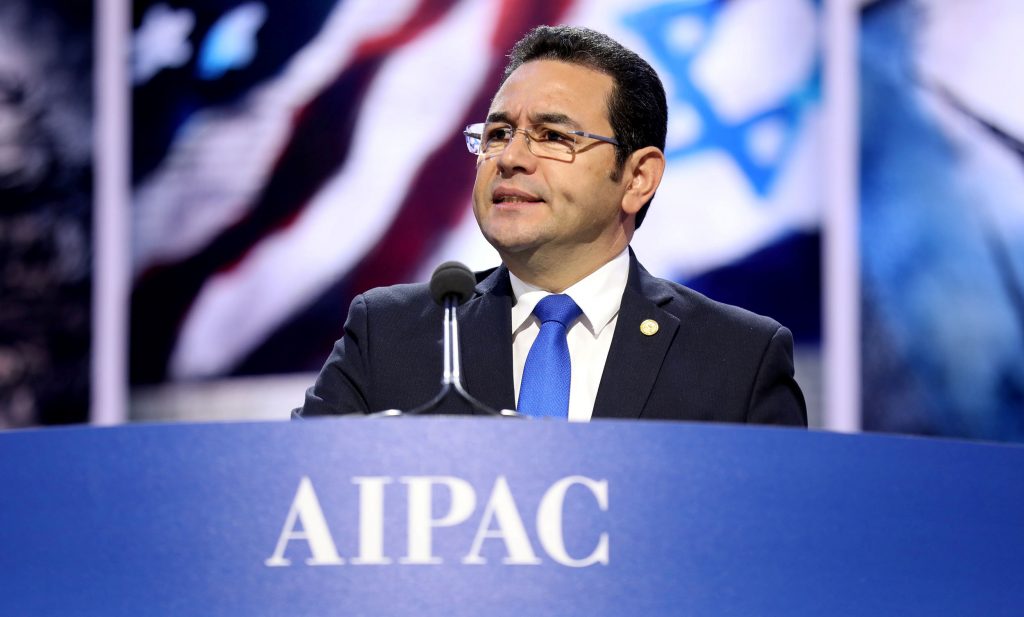 The Guatemalan ambassador was on the streets of Yerushalayim on Monday to look at properties for when it joins the United States in moving its embassy there, to the chagrin of Palestinians.

Ambassador Sara Castaneda declined to speak to a Reuters correspondent who spotted her at an estate agent’s office next door to Guatemala’s consulate and one road over from a U.S. consulate building in west Yerushalayim.

She set off on foot with the realtor and another man who pointed out properties as her chauffeured car idled at the curb. An Israeli diplomat who had been in contact with Castaneda told Reuters she was looking for an embassy site.

Guatemala was one of a handful of countries that backed U.S. President Donald Trump’s Dec. 6 recognition of Yerushalayim as Israel’s capital.

The United States is an important source of assistance to Guatemala, and Pres. Trump had threatened to cut off financial aid to countries that supported a U.N. resolution calling on Washington to drop its recognition of Yerushalayim.

Guatemalan President Jimmy Morales, who enjoys support from a base of conservative Christians, told the pro-Israel AIPAC conference in Washington on Sunday the embassy would move to Yerushalayim two days after the United States, in mid-May.

Hanan Ashrawi, a member of the Palestine Liberation Organization’s executive committee, told Reuters that Morales’ position was no surprise as he shared “the same attitude” of Pres. Trump and PM Netanyahu.

Prior to 1980, Guatemala and a dozen other countries maintained an embassy in Yerushalayim.