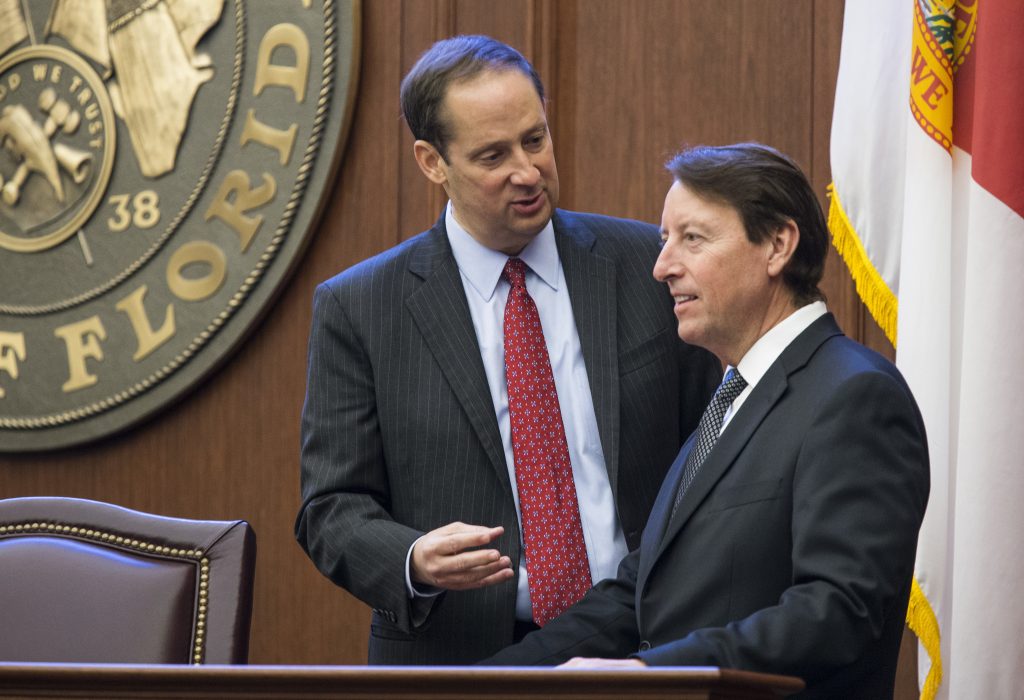 The Florida Senate has passed a school safety bill that would place new restrictions on rifle sales, allow some teachers to carry guns in schools and create new school mental health programs.

The Senate voted 20-18 Monday for the bill that’s a response to the Feb. 14 school shootings in Parkland that left 17 people dead.

Few, if any, senators were completely happy with the legislation. Many Republicans don’t like the idea of raising the minimum age to buy rifles from 18 to 21 or creating a waiting period to purchase the weapons.

Many Democrats think the bill didn’t go far enough because it doesn’t include a ban on assault-style rifles or large-capacity magazines.

The Senate amended the bill to put limits on which teachers could participate in a proposed program to carry guns in schools.

Florida’s House has not yet taken up its version of the bill.