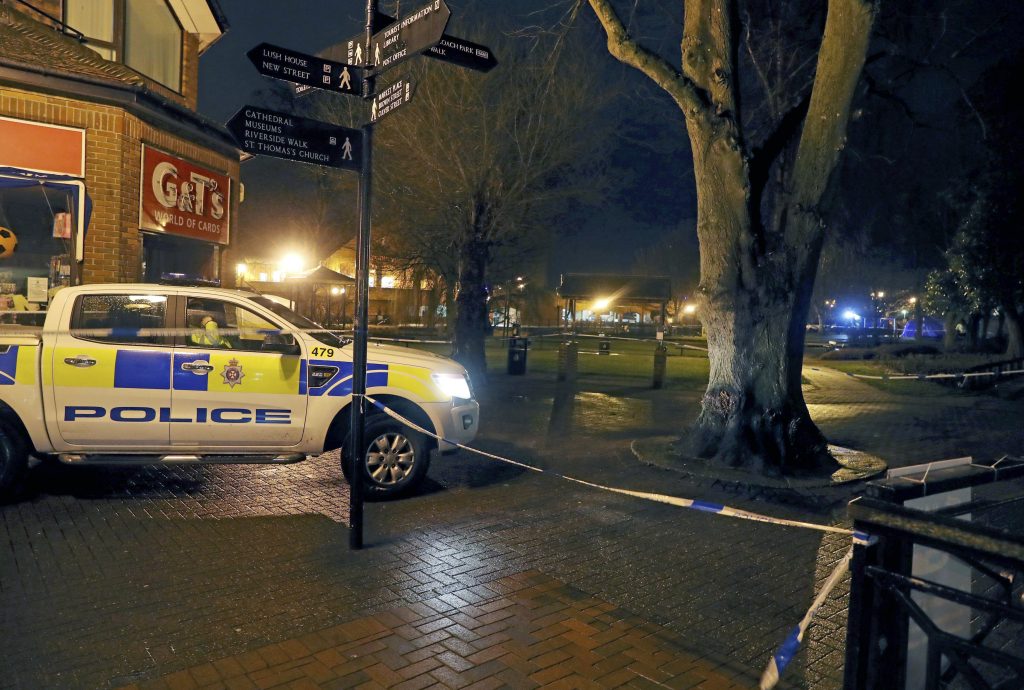 British media reported Monday that a former Russian spy was in critical condition after coming into contact with an “unknown substance.”

National and local authorities said only that a man and a woman were found unconscious Sunday afternoon on a bench in a shopping mall in Salisbury, about 90 miles west of London.

British media identified him as Sergei Skripal, 66, who was convicted in Russia on charges of spying for Britain and sentenced in 2006 to 13 years in prison. Skripal was freed in 2010 as part of a U.S.-Russian spy swap.

“They are currently being treated for suspected exposure to an unknown substance. Both are currently in a critical condition in intensive care,” the police department said in a statement.

The discovery of the two people led to a dramatic decontamination effort. Crews in billowing yellow moon suits worked into the night spraying down the street, and the Salisbury hospital’s emergency room was closed.

Skripal served with Russia’s military intelligence, and retired in 1999. He then worked at the Foreign Ministry until 2003 and later became involved in business.