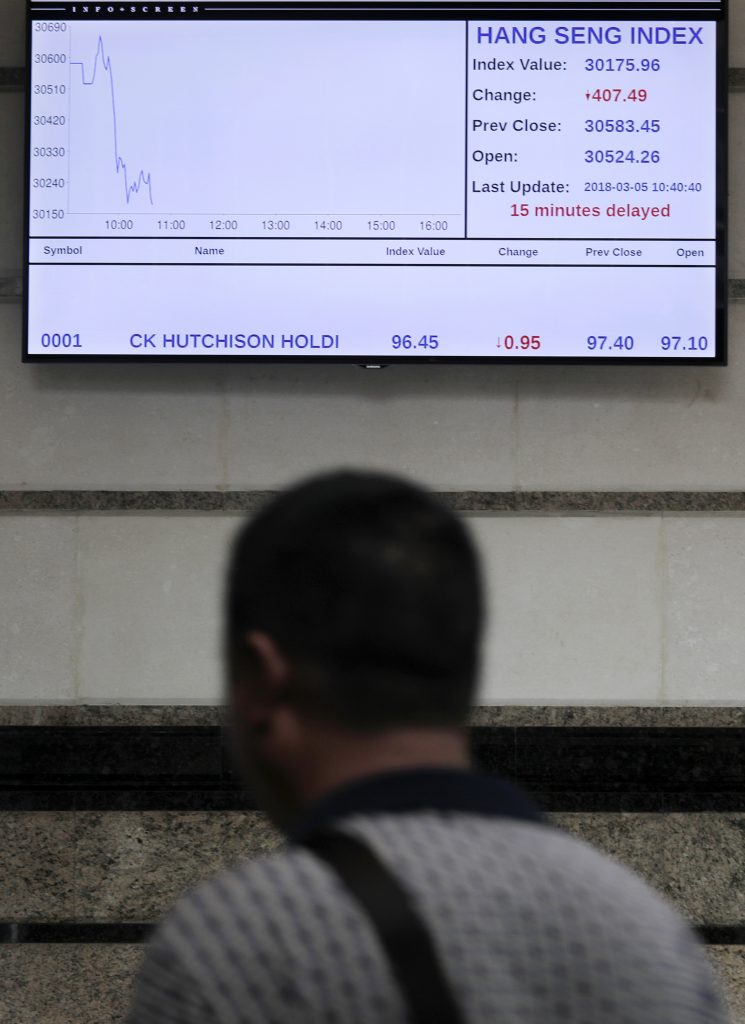 Projections showed no single party or bloc emerged from Sunday’s election with enough support to win a majority in the Italian parliament, setting the stage for an extended period of political uncertainty. The forecasts showed a center-right coalition that includes an anti-migrant party took a slight lead over the populist 5-Star Movement, but neither were close to the threshold needed to form a government. Rival anti-Europe parties garnered more than half the vote, a result that’s likely to unsettle the European Union and possibly financial markets.

“The messy Italian election result adds a bit to the nervousness around global equity markets at present,” said Shane Oliver, head of investment strategy at AMP Capital in Sydney.

Oil futures extended their rally. Benchmark U.S. crude rose 19 cents to $61.44 a barrel in electronic trading on the New York Mercantile Exchange in New York. The contract rose 26 cents to settle at $61.25 per barrel on Friday. Brent crude, the international standard, rose 17 cents to $64.54 a barrel.