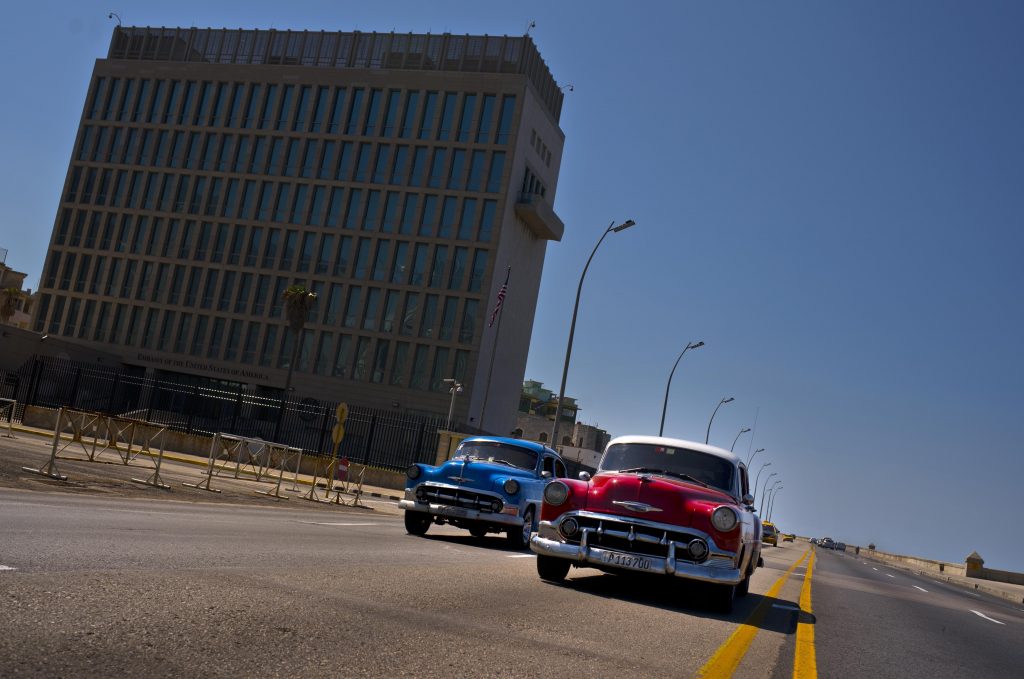 The State Department on Friday declared that reduced staffing levels at the U.S. Embassy in Havana would be “permanent,” a designation that underscores the difficulty U.S. officials have had in determining what and who caused injuries to 24 embassy staffers.

Equally significant for the Cuban tourism industry, the State Department extended its travel advisory recommending that Americans reconsider traveling to Cuba, particularly the famed Nacional and Capri hotels where U.S. diplomats are believed to have been hurt in a mysterious series of incidents.

The advisory, which is the same as applies to Russia and Turkey, is the second most dire, just short of the blunt advice to not travel there at all.

Previously, the embassy had been operating under emergency, ordering departure rules in which a skeletal staff of volunteers performed necessary functions, after about 25 staffers were ordered to leave. None are allowed to have their families with them.

But that rule can last for only six months, and the State Department faced a March 4 deadline to decide whether to resume normal staffing or extend it indefinitely.

Many diplomats preferred not to leave, reflecting their commitment to maintaining an ability to keep an eye on Cuban politics, make contacts with dissidents and process visas from Cubans seeking to come to the United States.

Secretary of State Rex Tillerson ordered the staff reductions after numerous diplomats and intelligence officers based there reported experiencing unexplained, eerie noises that left them with hearing loss, headaches, sleeping difficulties, cognitive issues and other symptoms that appear to reflect some degree of brain trauma. The State Department says 24 cases have been medically confirmed. Though Cuba has allowed the FBI to send agents to investigate, the cause remains undetermined.

The United States has blamed Cuba, charging that the government keeps tabs on everyone and knows or should know who is at fault.

Tillerson, who starts every day asking his aides if all State Department employees are safe and frequently mentions their safety is his highest priority, has refused to beef up the staff while investigations remain inconclusive.

“We still do not have definitive answers on the source or cause of the attacks, and an investigation into the attacks is ongoing,” the State Department said in a statement.

Engage Cuba, a group that favors more interaction between the United States and Cubans, criticized the decision to extend the lower staffing levels. James Williams, president of the group, said it will cause hardships for diplomacy and ordinary Cubans.

“This decision will be applauded in Moscow and Beijing, as both countries are poised to take advantage of Cuba’s historic transition of power while the United States remains on the sidelines,” Williams said in a statement. “We agree that the safety of U.S. personnel should be a top priority, but it’s time to let our diplomats do their jobs.”