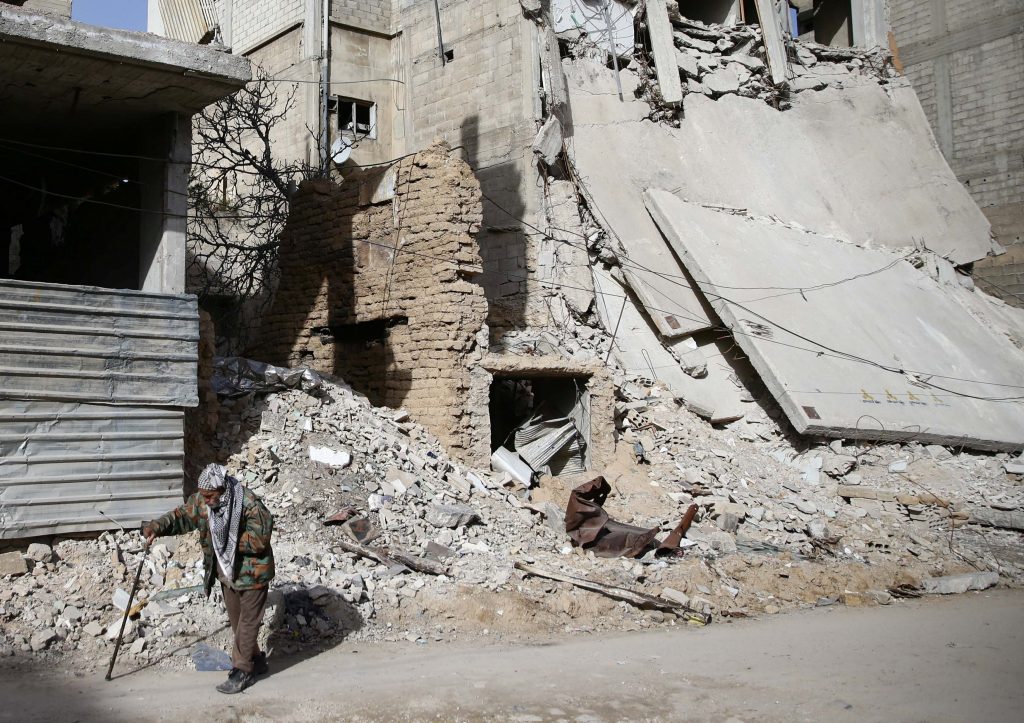 Hundreds of people are fleeing advances by Syrian government forces in eastern Ghouta, a war monitor and a resident said on Sunday, as Damascus presses an offensive to crush the last major rebel stronghold near the capital.

Government forces are thrusting into the besieged rebel enclave from its eastern edge in an apparent bid to split it in two – a pattern of attack used repeatedly by Damascus and its allies in the war entering its eighth year.

Orient news channel, which supports the opposition to President Bashar al-Assad, said advances by pro-Assad forces had triggered large-scale displacement. People were seeking shelter in areas closer to the center of the eastern Ghouta, said the resident, who estimated thousands were on the move.

The Syrian Observatory for Human Rights, a U.K.-based organization which reports on the war, estimated that between 300 to 400 families had fled, adding that government bombardment was focused on the town of Mesraba.

Damascus, backed by Russia and Iran, has been waging one of the deadliest offensives of the war in eastern Ghouta, killing hundreds of people in a fierce air and artillery bombardment over the last two weeks.

The U.N. Security Council demanded a 30-day countrywide ceasefire a week ago, but this has failed to take effect.

Russia has instead called for daily, five-hour humanitarian ceasefires to allow for aid deliveries and evacuations of civilians and wounded. No aid has been delivered, however, and the U.S. State Department has called the Russian plan a “joke.”

The Russian military said terrorists in eastern Ghouta had imposed a curfew in areas under their control to prevent civilians from leaving through a humanitarian corridor during the truce, Interfax news agency reported. Rebel officials have consistently denied stopping civilians from leaving.

A U.N. official in Syria told Reuters a humanitarian convoy carrying lifesaving supplies from U.N. and other aid agencies would not enter eastern Ghouta as had been planned on Sunday, citing a lack of permission.

Western diplomats said that the Syrian government had not given the final clearances needed for safe access.

The convoy of some 40 trucks had been due to go to Douma in the government-besieged enclave near Damascus, where some 400,000 people need food, medical and other supplies, the U.N. says. Only one small convoy with supplies for 7,200 people has been allowed to Ghouta so far this year, in mid-February.

A Western diplomat, speaking on condition of anonymity, drew a parallel with rebel-held eastern Aleppo where no aid convoys were allowed to enter in late 2016 before it fell to government forces: “Similar to the lack of approval to get aid into East Aleppo – lots of talk and no action.”