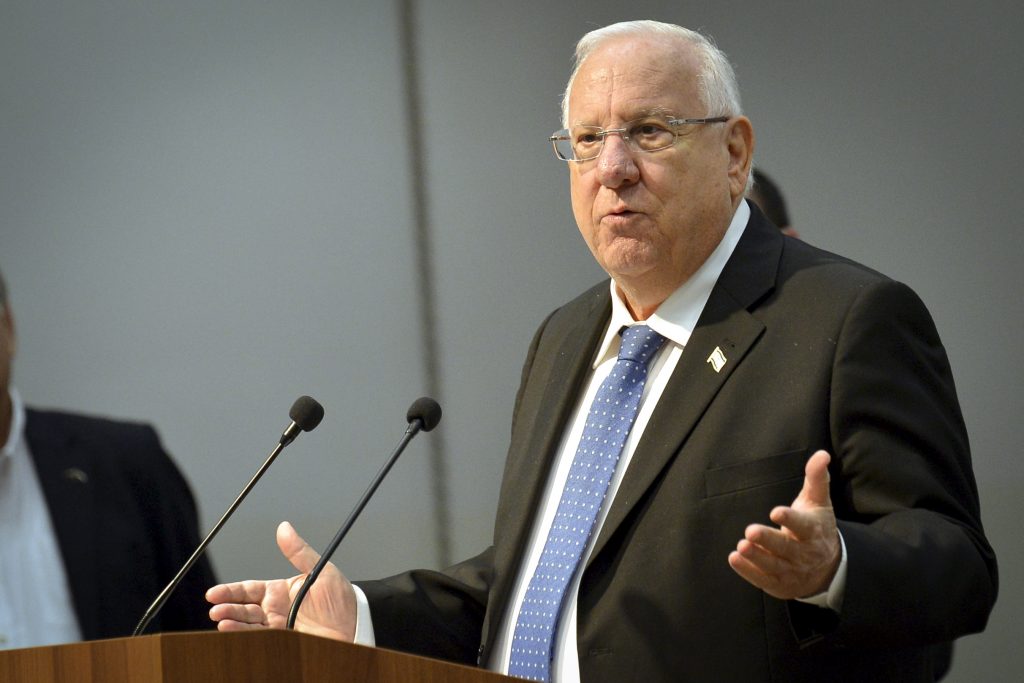 While Prime Minister Binyamin Netanyahu is away on a five-day visit in Washington, the controversy around him in Israel continued to swirl unabated on Sunday.

President Reuven Rivlin addressed two of the major issues in a speech to Israel Press Council in Lod, calling for dialogue rather than coercion on the question of drafting yeshiva students, and defending the free press, presumably against Mr. Netanyahu’s attacks on it.

“If we don’t resolve our differences through dialogue, they will continue destabilizing the political system and increasing tensions between sectors,” he said of the draft issue which now threatens to break up the coalition.

He did not, however, suggest how the matter could be resolved harmoniously. As of late Sunday, party leaders in the coalition were still at an impasse, with chareidi MKs saying they will not support the state budget until a new draft law is passed that will safeguard the right of yeshiva students to pursue their studies without having to serve in the army. Opposition to the draft legislation, most vociferously from Yisrael Beytenu, and insistence that the budget be passed first, has led to intense speculation that the issue will remain unresolved, forcing early elections.

Regarding freedom of the press, President Rivlin told the journalists what they wanted to hear, “It’s possible and ​appropriate to criticize the media,” but that “we must not silence it and the dialogue that it creates, even when is critical of us, whether on the left or right.”

Though he did not name Mr. Netanyahu as an adversary of press freedom, it was assumed that he had the prime minister in mind when he said, ​​“This is not an easy time to be part of the global guild of journalists. Journalists, journalism and news outlets are under attack. They are being accused of creating ‘fake news’ or biased reporting, and of a lack of diversity​,” he said.​

In recent broadsides against his media critics, he has accused them of perpetrating “fake news” and conducting a witch hunt against him, his family and his close associates.

​​But he also reminded the journalists of their duty to act professionally, not from political or personal bias:

“It is important to remember that journalism and the media are a ​​necessary institution of our democracy and, specifically because of that, there is an expectation from journalists to be…upstanding, professional, trustworthy, ​principled​,” ​he concluded.​