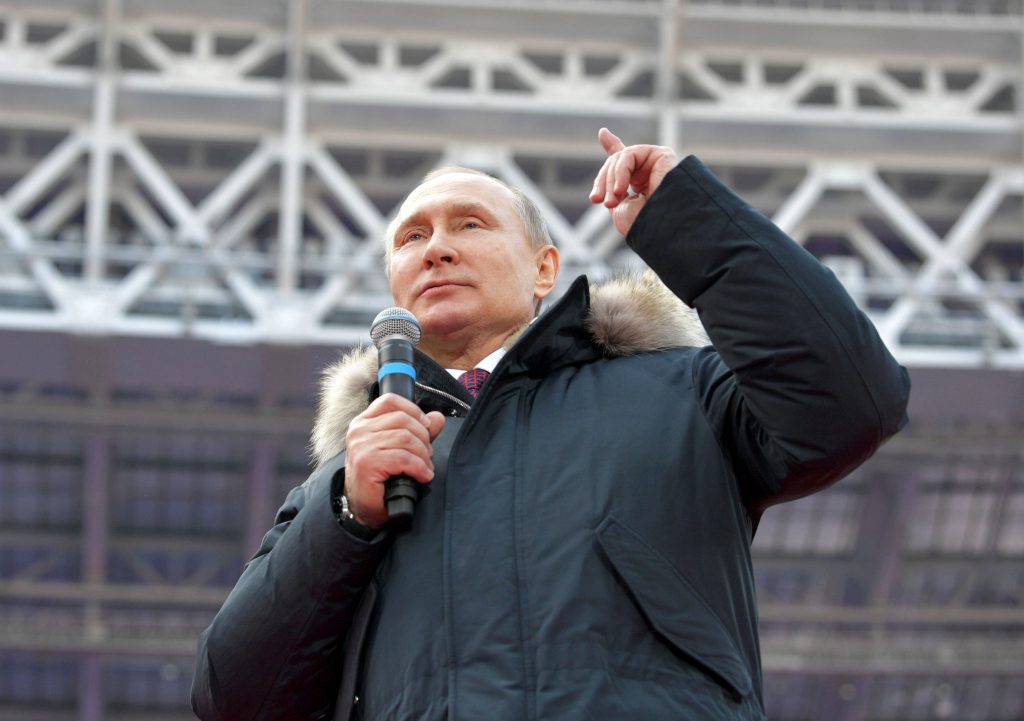 Russia will “never” extradite any of the 13 Russians indicted by the United States for election-meddling, Russian President Vladimir Putin said, even as he insisted they didn’t act on behalf of his government.

Putin’s comments in an NBC News interview airing Sunday illustrated the long odds that the Russian operatives will ever appear in U.S. court to answer charges of running a massive, secret social media trolling and targeted messaging operation to interfere in the 2016 presidential election. The United States has no extradition treaty with Moscow and can’t compel it to hand over citizens, and a provision in Russia’s constitution prohibits extraditing its citizens to foreign countries.

“Never. Never. Russia does not extradite its citizens to anyone,” Pres. Putin said.

Even if the Russians never face justice in the United States, the sweeping indictment served the added purpose of increasing the public’s awareness about the elaborate foreign campaign to meddle in American democracy, legal experts have said. For years, the Justice Department has supported indicting foreigners in absentia as a way to shame them and make it harder for them to travel abroad.

Yet Pres. Putin argued his government has little to answer for until the U.S. provides “some materials, specifics and data.” He said Russia would be “prepared to look at them and talk about it,” while repeating his government’s insistence that it had no role in directing the operatives to act against the United States.

“I know that they do not represent the Russian state, the Russian authorities,” Pres. Putin said. “What they did specifically, I have no idea.”