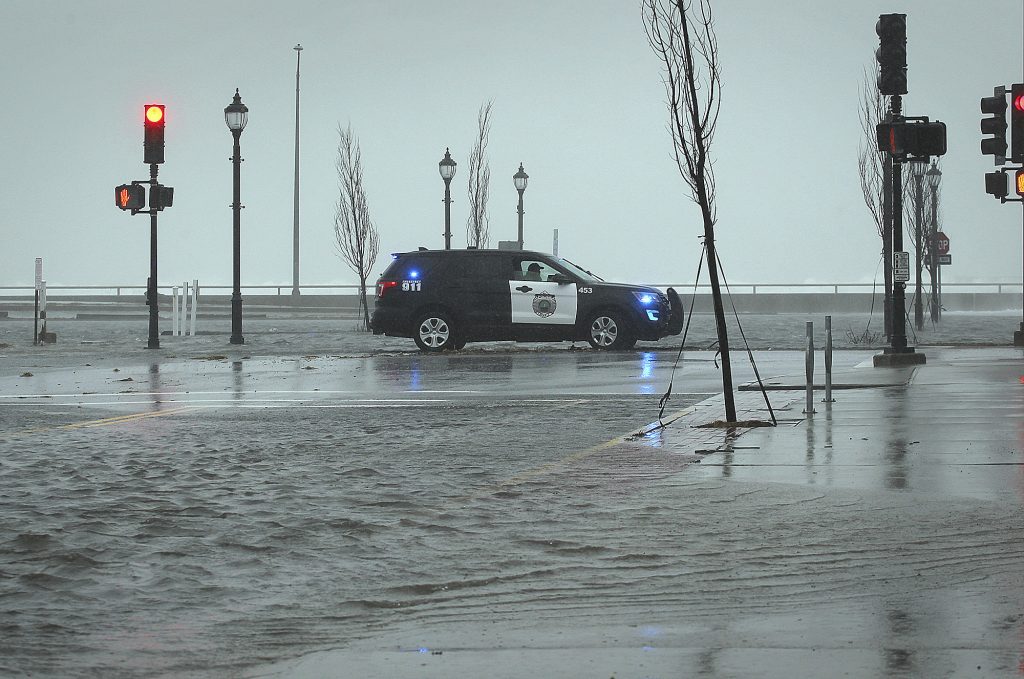 The remnants of the storm, known as a nor’easter, lingered on Sunday with flood watches and wind advisories in effect until 1 p.m. in northeastern United States even as it moved hundreds of miles out to sea, hampering efforts to restore power.

The governors of both Massachusetts and New York declared a state of emergency on Saturday afternoon, following similar announcements by the governors of Virginia and Maryland on Friday.

The moves give those states access to federal resources.

The storm carried hurricane-force winds in excess of 90 miles per hour, sending seawater churning into streets in Boston and nearby shore towns – the second time the area has been flooded this year.

The National Weather Service (NWS) said that while winds have weakened on Sunday and most of the rain and snow has moved offshore, flooding and extreme high tides could still affect the coastal areas from Maine, Massachusetts, Rhode Island, and Long Island, N.Y.

“We’re definitely not out of the woods yet,” said meteorologist David Roth at the weather service’s Weather Prediction Center in College Park, Maryland.

Falling trees killed seven people – including two boys who died when trees struck their homes – in Connecticut, Maryland, New York, Pennsylvania, Rhode Island and Virginia, according to local media and police. Two others died in the storm, according to media reports, including a 41-year-old man in Andover, New Jersey, who came in contact with power lines.

Private forecasting service AccuWeather said the storm dumped as much as 18 inches of snow on parts of New York and Pennsylvania. The Massachusetts town of East Bridgewater received nearly 6 inches of rain, the NWS said.

The storm also snarled transportation from the Middle Atlantic into New England, with more than a quarter of flights into and out of New York’s three major airports and Boston’s airport canceled on Friday, tracking service FlightAware.com reported.

The problems carried over into Saturday, with hundreds of flights canceled into and out of New York and Boston, according to the website.

One flight landing at Washington’s Dulles International Airport on Friday experienced turbulence so rough that most passengers became sick and the pilots were on the verge of becoming ill, the Federal Aviation Administration said.