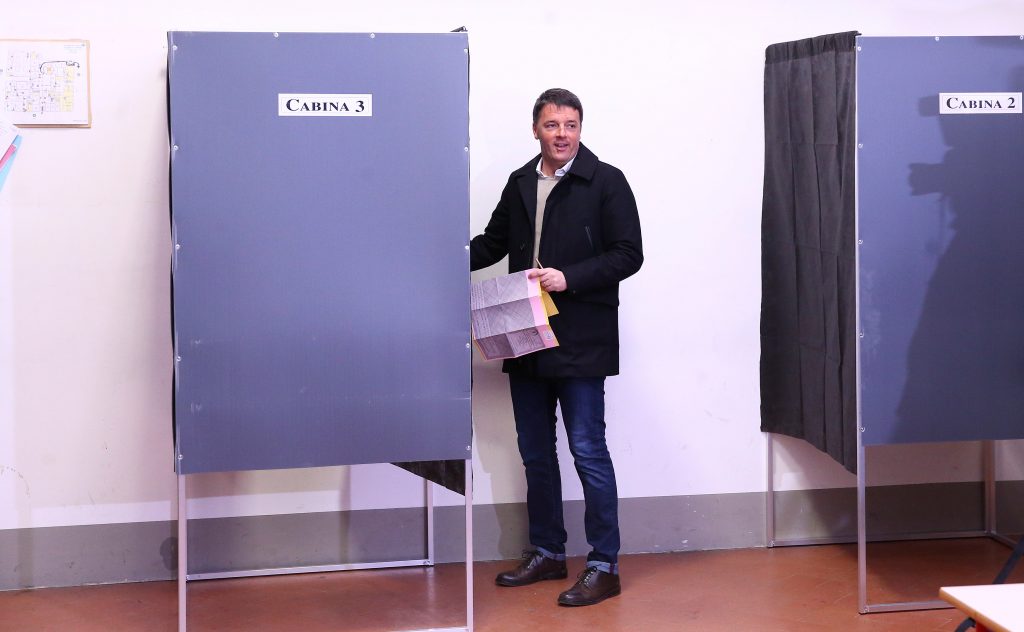 Italians went to the polls on Sunday in a vote that could bring political gridlock after an election campaign marked by anger over the listless economy, high unemployment and immigration.

Pollsters have predicted that former prime minister Silvio Berlusconi and his far-right allies will emerge as the largest bloc in parliament, but fall short of a parliamentary majority.

The anti-establishment 5-Star Movement looks set to be the biggest single party, feeding off discontent over entrenched corruption and growing poverty, while the ruling center-left Democratic Party (PD) is seen limping home in third place.

“There was momentum for 5-Star in the final days of the campaign, but it is hard to see any party or coalition getting the 40 percent needed to form a government,” said Lorenzo Pregliasco, co-founder of YouTrend pollsters.

Heavily indebted Italy is the third largest economy in the 19-member euro zone and although investors have been sanguine ahead of the ballot, prolonged political stalemate could reawaken the threat of market instability.

Polling stations close at 11:00 p.m. (local time), with exit polls due immediately afterwards. The vote is being held under a complex new electoral law which means the final result might not be clear until late Monday.

The campaign has marked the return to front-line politics of Berlusconi, 81, who was forced to quit as prime minister in 2011 at the height of a sovereign debt crisis and was widely written off following scandals, legal woes and ill health.

A 2013 conviction for tax fraud means he cannot hold public office and he has put forward Antonio Tajani, the president of the European Parliament, as his candidate for prime minister.

Tajani’s moderate profile is aimed at allaying fears in Europe about his populist allies, notably the League, whose leader Matteo Salvini has promised to deport the 600,000 boat migrants who have arrived in Italy over the past four years.

Populist parties have been on the rise across Europe since the 2008 financial crisis, but mainstream parties in Italy have found it especially hard to contain voter anger, with the economy still some six percent smaller than a decade ago and unemployment stuck at around 11 percent.

The 5-Star, led by 31-year-old Luigi Di Maio, has been particularly successful at tapping into the disaffection in the underdeveloped south, and has promised a monthly universal wage of up to 780 euros ($960) for the poor.

“There is a sense of anger and a lack of trust amongst part of the electorate. We need to see if that leads to abstention or a protest vote for 5-Star or the League,” said Pregliasco.

Economists say that like many party pledges, Italy can ill afford the universal wage. But many of the more wild campaign promises are likely to fall by the wayside if there is a hung parliament and a power-sharing accord has to be hammered out.

Although all party leaders have ruled out any post-election alliances with rivals, Italy has a long history of finding a way out of apparently intractable political stalemate.

But if, as expected, no one clinches a clear-cut victory on Sunday, it might take weeks before a government deal is reached.

President Sergio Mattarella cannot launch any formal coalition talks until after the new parliament has sat on March 23, and the next prime minister will need to win votes of confidence in both houses before taking office.