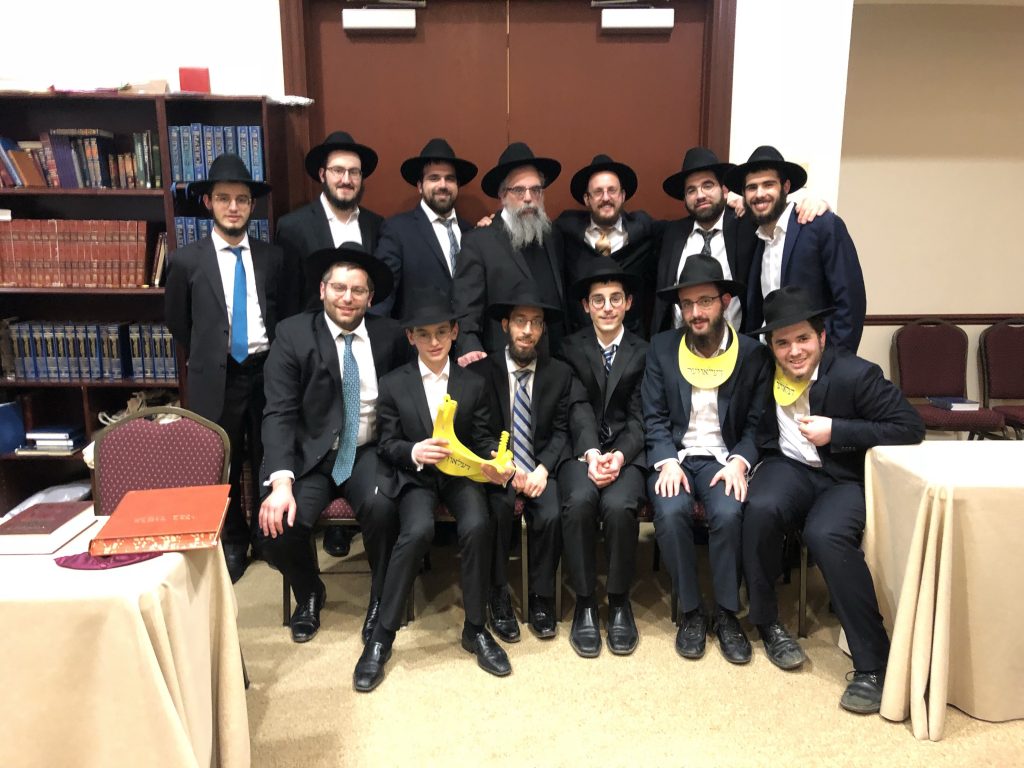 A nor’easter that hit on Shushan Purim with strong winds and snowy conditions felled trees and caused power outages and travel havoc in several states. Among those whose plans were thrown into chaos by the inclement weather were hundreds of Jews en route to Baltimore for Shabbos. With the main route towards the city blocked and other cars stalled in traffic, many had to utilize creative navigation to reach their destinations before sunset, while many others found themselves stranded in remote locations along the way.

Rabbi Yisrael Kapenstein was traveling from Lakewood to spend Shabbos with family in Baltimore together with his wife and three small children on Friday afternoon, when they realized they had to change their plans.

“We headed out at about noon, and the first hour and a half of the trip went uneventfully, but shortly after we got to the 95 we hit bumper-to-bumper traffic,” he told Hamodia.

After sitting in a near standstill for two hours, Rabbi Kapenstein realized that it was very unlikely he would reach Baltimore in time. He was advised by a relative to contact the Chabad of Wilmington, Delaware, to see if he and his family could spend Shabbos there. A quick call to Rabbi Motti Flikshtein won him a warm invitation, and he quickly changed course, making it to Wilmington with just minutes to spare.

“We arrived at their house with 15 minutes left to shkiah. There was just enough time to bring the kids and our belongings in and put away the muktzah items,” he said. Yet, after settling in, Rabbi Kapenstein realized that he was one of many who had availed themselves of the Flikshtein family’s hospitality, as several other families had also called with a similar request with an hour to go before Shabbos. The result was a crowd of nearly 40 people spending Shabbos at the Chabad of Wilmington, with most sleeping in the Flikshtein’s home. While the family had planned for a quiet Shabbos after the excitement of Purim, they had plenty of food in the house and quickly arranged for their many surprise guests.

“We were so impressed with their ahavas Yisrael and humbled by it,” said Rabbi Kapenstein. “They extended themselves on such short notice, and went over and beyond the norm to help every Yid with such heartfelt warmth. That is something that made a lasting impression on us.”

While the Chabad house cannot always guarantee a minyan, the unplanned crowd made it possible for a local man who had just completed shivah to recite Kaddish over that Shabbos.

Yet, many were not as fortunate. Heavy winds made the various crossings over the Susquehanna River, which runs between the Lakewood and New York area and Baltimore, dangerous. After a truck flipped on Route 95, the most central crossing, that passageway was closed. The second alternative, Route 40, was also eventually closed as the day went on, leaving only Route 1 open, but crowded with heavy traffic and littered with fallen trees. Many, even those who left their homes with plenty of time, found themselves stranded.

One large group, spread out over a few cars, consisted of several families traveling to Baltimore for a Shabbos sheva brachos. Some made it to hotels in northern Maryland, but at least one car, including the one carrying the chassan and kallah, was left with no option but to pull into the parking lot of a restaurant, minutes before the onset of Shabbos. Luckily for them, the kallah’s father, back in Baltimore, had been in touch with the city’s Hatzalah before Shabbos began as to how to best manage the situation.

“I went running to Rav Moshe Heinemann minutes before Shabbos to ask what to do, and he told [me] that it was a sakanah, and let us know exactly what we could do to help all these people stuck in the middle of nowhere,” a Hatzalah member, who asked not to be named, told Hamodia.

Using a non-Jewish driver who works regularly for Hatzalah, they dispatched a car to pick up families with young children who were in places determined to be unsafe, reaching them in the middle of the night. Many others heading to the same simchah had managed to reach hotels, but with limited amounts of food to eat over Shabbos. Realizing this, the Hatzalah member loaded the driver’s car up with copious amounts of food that he had in his home and sent large packages to the various locations.

“It took a lot of planning and re-planning, since many roads were closed, but eventually we got the food to most of the places where people were. Hashem gave us a zechus to be able to help a little bit in a difficult situation,” said the Hatzalah member.

Mrs. Nechama Green was safe in Baltimore on Friday afternoon, but when she started hearing about the problems on the roads, she became concerned about her son, who was one of a large group of yeshivah bachurim on a bus that had left Lakewood for Baltimore that morning.

“I called the manager of the bus to tell him to take Route 1, since I knew the 95 and the 40 had closed,” she told Hamodia. The trip, which should take a little over two and a half hours, lasted more than five, but the bus managed to reach Baltimore in time for Shabbos.

“They got in 30 minutes before Shabbos started. Our story was b’chessed, but there were a lot of people who ended up in much worse situations. Baruch Hashem, everybody was okay in the end,” said Mrs. Green.