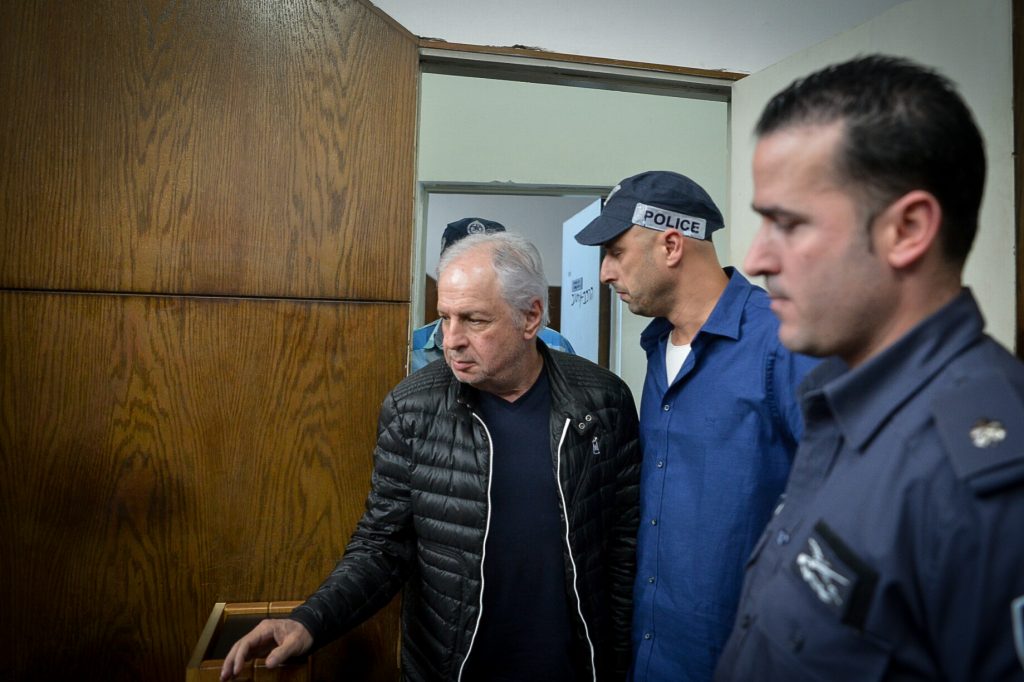 The house arrest, which follows 15 days in police custody, was set for 10 days, as the investigation into suspicions of illegal deals between Israeli Prime Minister Binyamin Netanyahu and Elovitch continues. Other restrictions on their movements included an order preventing them from leaving the country for almost 6 months or communicating with any other suspects in the case for 90 days​. Elovitch was banned from entering the Bezeq offices, where he is controlling shareholder, for 45 days.

State prosecutors have requested the restrictions on the grounds that the two suspects posed a risk of acting to obstruct the investigation if allowed to travel and communicate freely.

Meanwhile, after both the Prime Minister and Mrs. Netanyahu were interrogated by police on Friday for some five hours, it emerged on Sunday that the PM acknowledged discussions with Elovitch about Walla’s coverage of him, but testified that he never promised him any benefits for better treatment, as has been alleged.

PM Netanyahu told investigators that he contacted Elovitch, who also owns the Walla! news site, out of “ideological motives,” Channel 10 reported. Regarding the supposed quid pro quo, “Never happened,” he was quoted as telling the police.

The Netanyahus were reportedly confronted with recordings furnished by Walla! CEO Ilan Yeshua, in which Elovitch and his wife can be heard pressuring an editor to provide more favorable coverage for the couple.

In one text message, Mrs. Elovitch told him, “Help us because the Netanyahus are helping us and they will [keep] helping us.”

Sara Netanyahu also denied any wrongdoing, maintaining that her husband “did not know about her text messages with Iris Elovitch.”

“I asked her as a friend [to carry out favorable coverage on Walla!], from ideological motives. I never dealt with benefits to Bezeq,” she was quoted as saying by Channel 10 News.

In a related development, Ynet reported on Sunday that police arranged a confrontation between Bezeq CEO Stella Handler, who is suspected of bribery, and state’s witness Shlomo Filber. Handler was suspended for the duration of the probe, and Filber likewise has left his position as Communications Ministry director-general.

“You knew about everything that was going on,” Filber reportedly accused Handler in connection with the alleged bribery, and referred to meetings with her set up by Bezeq strategic adviser Eli Kamir.

“We met—me, you and Eli Kamir—on the Bezeq thing,” Filber said, and told investigators that Handler had pressured him to go along with an illegal quid pro quo. Eli Kamir is currently under house arrest.

Handler has denied any wrongdoing, and said that everything she did “was for Bezeq and within the confines of the law.”