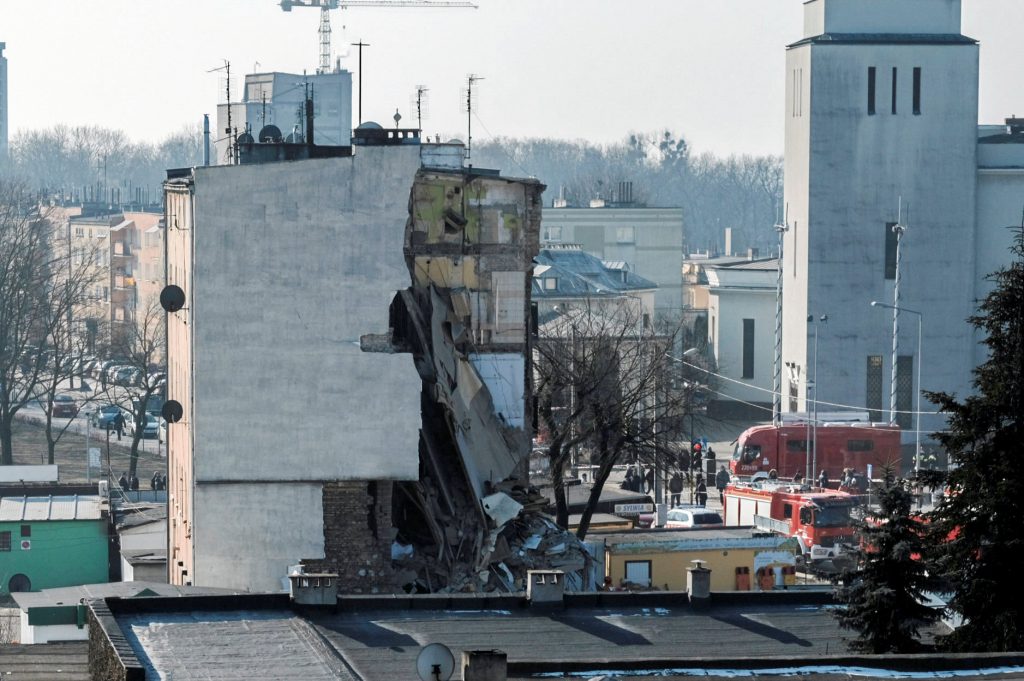 An apartment block collapsed Sunday in Poland’s western city of Poznań, killing four people and injuring 24 others, officials said as teams of firefighters and rescuers with dogs combed the rubble in search of more victims.

The building contained 18 apartments and 40 residents, according to firefighters spokesman Slawomir Brandt, who gave the death toll.

TVP INFO showed part of a four-story building in a heap and rescuers checking the debris in sub-freezing temperatures. Police and prosecutors were at the site questioning witnesses.

“We heard this loud bang and then terrible cries from people, “Save us! Save us!,” ground floor resident Krzysztof Sledz told the state news agency PAP. “My wife and I dressed and left the apartment to help the neighbors.”

He said they pulled their neighbor’s two-year-old daughter from a bed strewn with rubble.

“I thought she was dead, she was blue. But they say she is in hospital,” Sledz said.

Hospital spokeswoman Urszula Laszynska said one young girl was hospitalized in stable condition, while two other children were dismissed after being treated for bruises.

Residents who were not injured were taken to a nearby hotel.

Regional governor Zbigniew Hoffman said it was too early to determine the cause of the collapse but added that a gas explosion was one possible explanation.

Regional construction inspector, Pawel Lukaszewski, said the remaining part of the building was closed down and its gas was cut off.

Last April, six people were killed and four injured when a gas explosion caused a small apartment building to collapse in the southwestern Polish town of Świebodzice.