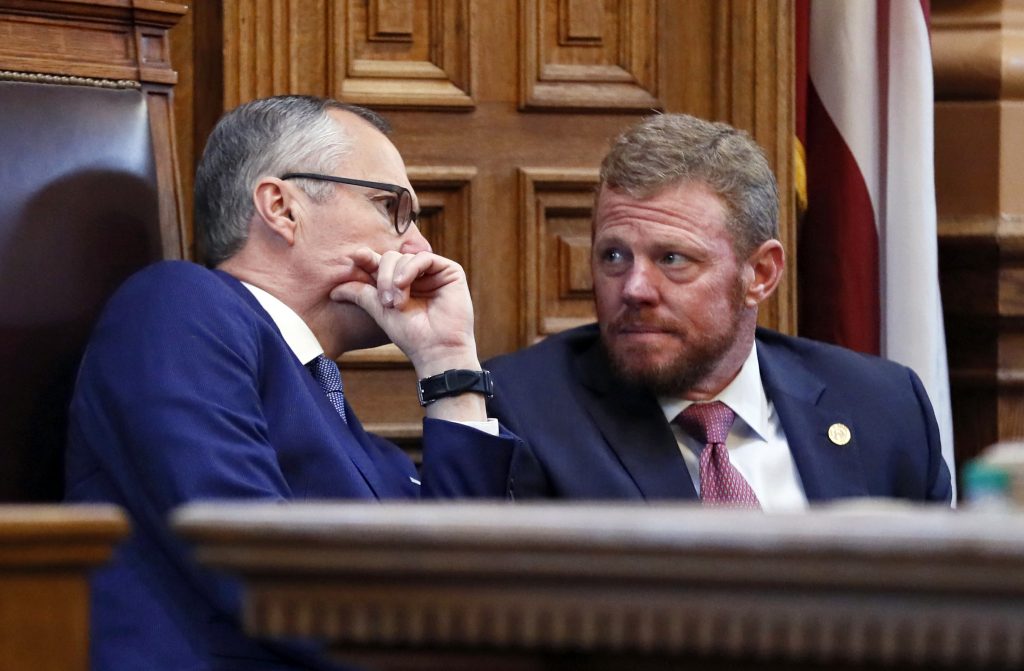 It turns out, you can put a price on values.

After Delta Air Lines announced it would end a travel discount for National Rifle Association members, Republican lawmakers in Georgia followed through on their threat to punish the company by repealing a budget provision on Thursday that included a $50 million airline fuel tax exemption, in which $40 million was set for the Atlanta-based airline.

But only 13 NRA members actually used the one-time group travel discount for the gun group’s annual meeting in Dallas this May, Delta spokesman Michael Thomas told The Washington Post on Saturday.

That amounts to costing Delta just over $3 million per passenger for the apparently rarely used services, a consequence from public pressure on businesses to cut ties with the NRA following the school shooting in Parkland, Florida, that left 17 people dead.

The alleged gunman used a legally acquired AR-15, a rifle touted as American as apple pie by the NRA, the country’s chief gun lobby.

The NRA’s main Twitter account, quiet in the days after the Parkland killings, pointed Friday toward reports that only 13 NRA members used the Delta discount.

“They have a backlash that will span across all gun owners, not just NRA members. seems logical,” the account tweeted. The organization linked to a Business Insider story collecting tweets of angry gun owners and NRA members beginning boycotts of their own, suggesting a backlash to the backlash that may cost Delta more down the line.

For Delta, the decision was “not made for economic gain and our values are not for sale,” Delta’s chief executive Ed Bastian said in the statement Friday, released the day after the lawmakers followed through with their promise by overwhelmingly voting to rescind the tax breaks. Bastian said the company will further review other discounts offered to groups with a “politically divisive nature” and end those agreements as well.

“None of this changes the fact that our home is Atlanta and we are proud and honored to locate our headquarters here. And we are supporters of the 2nd Amendment, just as we embrace the entire Constitution of the United States.”

Bastian said it was in response to “controversial statements” following the killings at Marjory Stoneman Douglas High School, and he did not want the discount to imply a company endorsement of the NRA, appearing to describe group statements like one video that suggested the media “loves” mass shootings as rating and website view draws.

Delta’s announcement led to threats from GOP lawmakers led by Lt. Gov. Casey Cagle to either reverse their decision or risk losing the lucrative tax break.

“Corporations cannot attack conservatives and expect us not to fight back,” he said in a Monday tweet.

“I hope they are better at flying airplanes than timing P.R. announcements,” Georgia House Speaker David Ralston, a Republican, said after his chamber voted for final approval on the bill that stripped away the tax breaks. Georgia Gov. Nathan Deal, a Republican, on Wednesday called the Delta controversy an “unbecoming squabble” but said he would sign the tax bill as presented to him.

The NRA has lashed out at companies cutting ties to the group as “a shameful display of political and civic cowardice.” But it also downplayed the importance of Delta’s action, saying the “loss of a discount will neither scare nor distract one single NRA member from our mission.”

Other companies have responded to public outcry by restricting sales of guns and firearms accessories. Dick’s Sporting Goods announced Wednesday it will end the sale of “assault-style rifles” and prohibit sale of any guns to people under the age of 21. The alleged Parkland gunman, Nikolas Cruz, purchased a gun at a Dick’s outlet, but it was not the AR-15 used in the killings.

Walmart made a similar decision on Wednesday to raise the minimum age for gun buyers and took ammunition off its shelves. It banned the sale of AR-15 rifles in 2015 but said it was removing items that resembled the weapon, including toys.

Gun analysts have said recent corporate decisions will unlikely dent the wide availability of guns in the United States, and that NRA members are motivated to join to protect their own values rather than pursue financial benefits, The Post’s Marc Fisher reported.