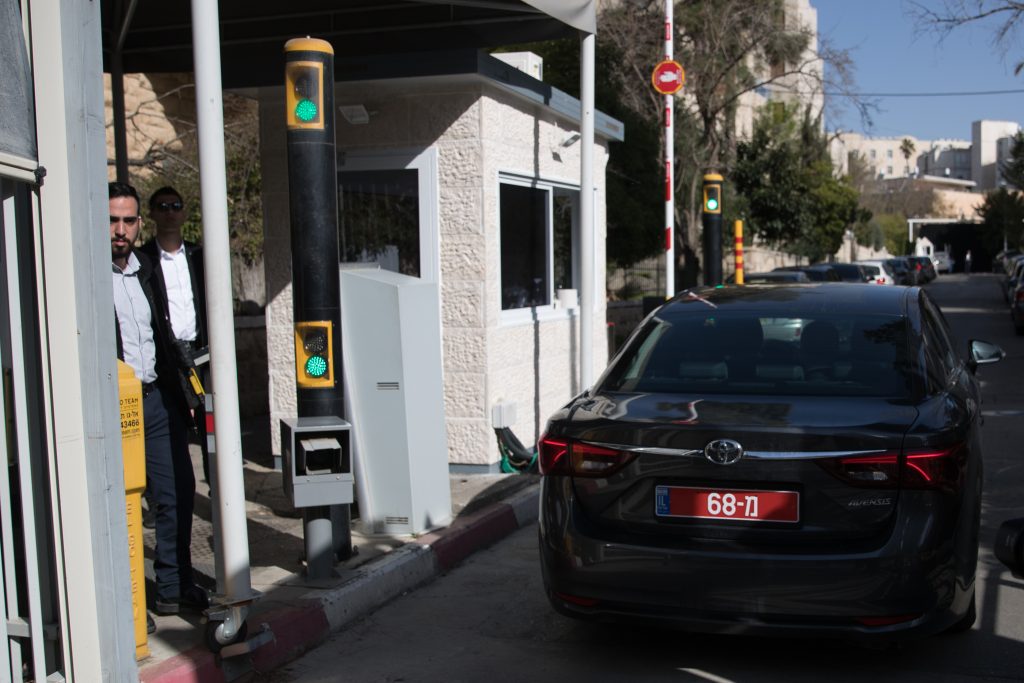 Prime Minister Binyamin Netanyahu was questioned Friday in several of the investigations opened on corruption he was alleged to be involved in, but the ongoing investigations – and resulting media attention – seem not to be hurting him, but actually helping him, if polls are to be believed. The latest weekend poll, in which a scientifically determined 587 people representing a cross-section of all Israelis were questioned about whom they would vote for, shows that Netanyahu and the Likud continue to thrive.

The Geocartigraphia poll, taken on behalf of the Likud and published in Yisrael Hayom, shows that if elections were held now, the Likud would get 36 seats in a new Knesset – six more than it currently has. Yesh Atid would come in second with 23 seats, while Jewish Home, with 11 seats, would be the third largest party. Zionist Camp falls to 10 seats, as does the United Arab List.

Also getting 10 seats would be United Torah Judaism, the most that party has ever polled. Shas, which has been teetering on the edge of political oblivion according to recent polls, makes it into a new Knesset according to the Geocartigraphia poll, garnering four seats. Meretz would get six seats, and both Yisrael Beytenu and Kulanu would come in with five.

While not as complimentary to the Likud, a second poll, appearing on the Walla news site, has the Likud coming in with 29 seats. Yesh Atid would get 23 seats according to this poll, while Zionist Camp would get 13. UTJ would pull in eight seats and Shas four, while the other parties would be close to their results in the Geocartigraphia poll as well. Here, too, the Likud would be the only party that could build a coalition.

When asked whether or not Netanyahu could continue as prime minister in the wake of the police investigations, 51 percent said that he could, while 45 percent said he should resign. The Walla poll, taken by the Panels Politics organization, involved a scientifically determined 589 people representing a cross-section of all Israelis.